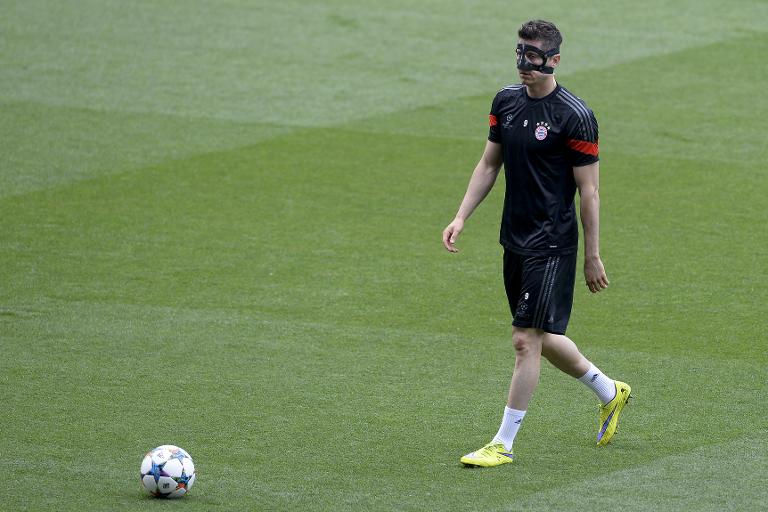 Polish striker Robert Lewandowski starts up front for Bayern Munich in the first-leg of their Champions League semi-final away to Barcelona just a week after breaking nose and cheekbone.

Lewandowski will play with a protective face mask after suffering the injuries and concussion in Bayern’s German Cup defeat on penalties to his old side Borussia Dortmund last Wednesday.

Thiago will not face his brother Rafinha from the start at least as he is left on the Barcelona bench as Luis Enrique names his strongest available side.

Lionel Messi is accompanied by Luis Suarez and Neymar in attack as they look to add to the 108 goals the South American trio have scored between them this season.