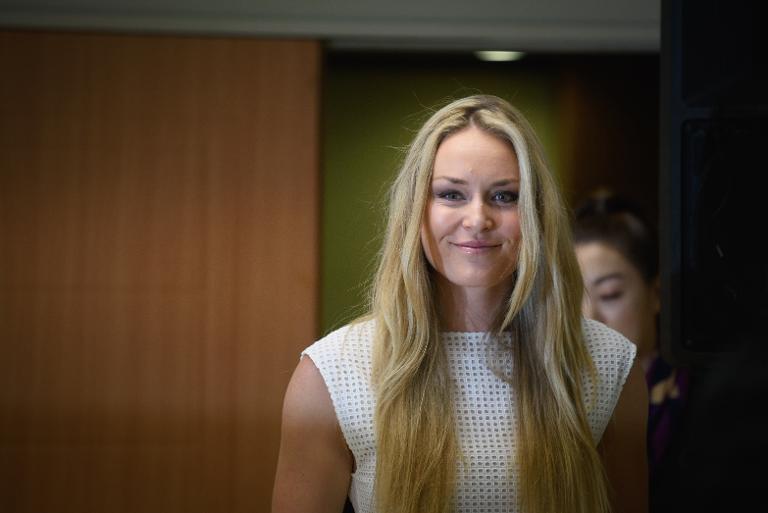 American ski queen Lindsey Vonn ducked questions Wednesday about her split from Tiger Woods and said she was firmly focused on reclaiming her Olympic downhill crown at the 2018 Pyeongchang Winter Games.

The 2010 downhill gold medallist and the former world number one golfer had become the golden couple of American sport after meeting at a charity event in 2012.

But Vonn announced their split on Sunday in a statement on her Facebook page, citing hectic and incompatible schedules.

“I don’t really want to talk about my personal life,” Vonn said when asked about the rift with Woods during a press briefing in the South Korean capital, Seoul.

“I think I said everything in my Facebook post. I will just leave it at that,” she added.

The 30-year-old skier was in Seoul for her formal appointment as an honorary ambassador for the 2018 Games in the South Korean resort of Pyeongchang.

Vonn was forced to sit out the 2014 Winter Games in Sochi with a serious knee injury, but stormed back to form last season, which she crowned with back-to-back crystal globes in the World Cup downhill and super-G.

That took her tally to 19 globes, equalling the all-time record held by Swedish legend Ingemar Stenmark, and Vonn said her sights were now firmly set on further Olympic glory.

“My goal for the next Olympics is to try to win a gold medal,” she said. “At my last Olympics in Vancouver, I won a gold in downhill and finished third in Super-G. I’ll try to improve upon those results, if not match them.”

“The site looks very challenging. It’s very steep with a lot of jumps which I really like. I’m looking forward to seeing it with the snow on and actually being able to run the course,” she added.

Vonn tore ligaments in her right knee and broke a bone in her leg in a high-speed crash in a super-G run in 2013.

She underwent surgery twice and endured lengthy rehab to fix the problem and last season was the first time that she had been able to ski healthy since the accident.