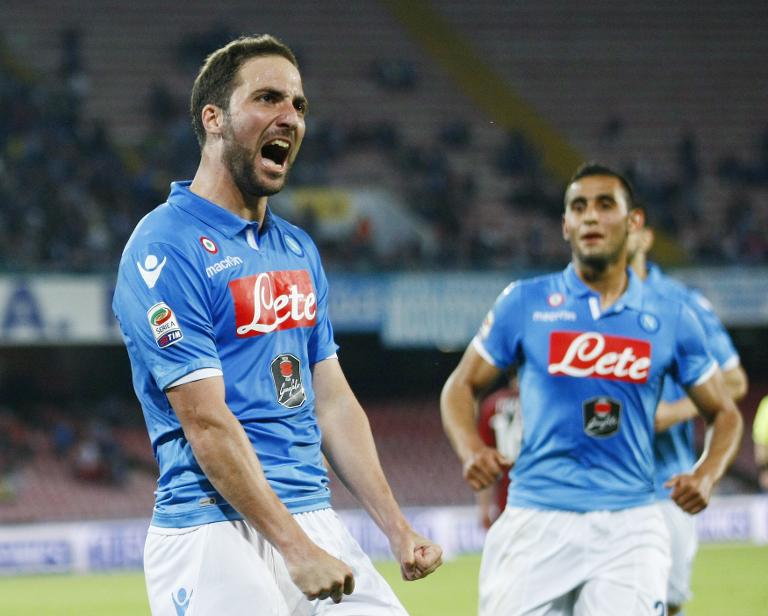 A third Europa League title is at stake for knock-out king Benitez, who won the Champions League with Liverpool in 2005, the then UEFA Cup with Valencia in 2004 and the Europa League for Chelsea in 2013.

“The prize for going through is nothing less than a place in the final of a European competition,” said Benitez.

The second legs will be played a week later and the final itself is in Warsaw on May 27, with a place in next season’s Champions League on offer to the winner for the first time.

Fourth in Serie A and fresh from a 3-0 win over AC Milan, Napoli’s free-scoring football has the Argentine striker Gonzalo Higuain as a spearhead and he has seven goals in the competition, backed by a trident of attacking midfielders.

Chief amongst Higuain’s support act is Marek Hamsik, the spikey haired tormentor of Wolfsburg, who were thrashed 4-1 in Germany in the quarter-final first leg, a match that sent a message to all Europa League pretenders.

Little known Dnipro are the former rocket factory side that twice won the old Soviet League and have been a top four side for much of the past 20 seasons in Ukraine.

Benitez said he would pay them every respect.

“Dnipro has already shown their capacity and potential beating teams like Olympiakos, Ajax and Bruges. All of those teams are well known in Europe and have been knocked out by this Ukrainian team,” he said.

Dnipro won 3-0 at Chernomorets in their most recent league game but their coach the 65-year-old Myron Markevych was a worried man ahead of the trip to the San Paulo stadium.

“I had a feeling my players were carrying heavy bags,” he said after watching the weekend win.

But he can count on goalkeeper Denys Boyko who recently made his Ukraine debut, three goal Nikola Kalinic and the midfield conjuror Yevhen Konoplyanka, tellingly the Europa League’s most fouled man.

Napoli however are hot favourites despite this being their first European semi-final since the side captained by Diego Maradona won the UEFA Cup in 1989.

The competition’s other Italian survivor Fiorentina are led by the former Italy striker Vincenzo Montella and while they lack a little of the killer instinct they can be counted on to attack.

Their hosts, holders Sevilla, have won their last eight Europa League ties at their Estadio RamÃ³n SÃ¡nchez PizjuÃ¡n stronghold and are bidding for an unprecedented fourth Europa League title in ten competitions.

They have seen off VfL Borussia MÃ¶nchengladbach, Villarreal and Zenit St Petersburg led by their classic goalhound striker Carlos Bacca and moved up to fifth in La Liga this weekend.

Unai Emery’s men edged out Zenit St Petersburg in a gruelling 90 minutes to make it back to the semi-finals of the Europa League, with a well-earned 2-2 draw in Russia. The win came thanks to a deep squad and a Plan B and options on the bench such as striker Kevin Gameiro and veteran midfielder Juan Antonio Reyes.

Fiorentina will present an interesting challenge in the first-leg, having been unbeaten in their last 12 away games in Europe.

They will be looking for a key away goal and hoping that misfiring German striker Mario Gomez can get on the scoresheet again after his opener in the 2-0 home win that saw them overcome Dynamo Kiev 3-1 on aggregate in the quarter-finals.