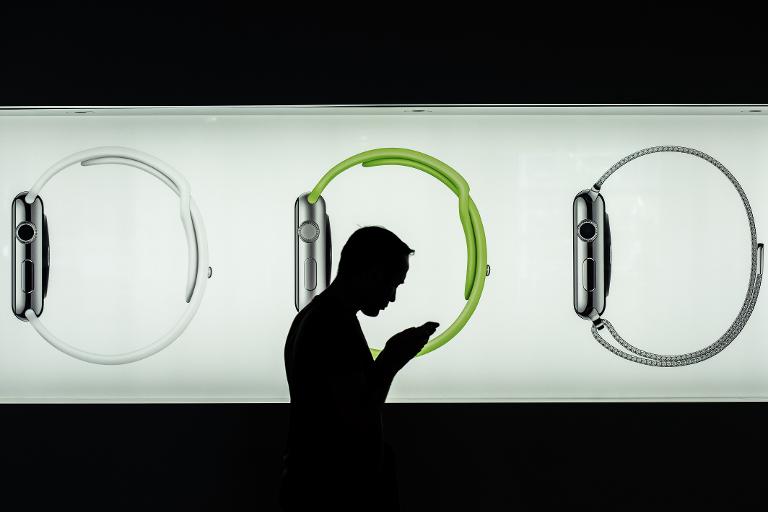 The latest iPhones have helped Apple gain smartphone market share in Europe and China, with a large number of customers switching from Android devices, a market tracker said Wednesday.

Kantar Worldpanel also said that in the United States, the market for “phablets,” or large-screen smartphones, has quadrupled over the past year, also helping Apple with its iPhone 6 Plus.

The newest data showed that in urban China, Apple boosted its share to 26.1 percent in the first quarter, up from 17.9 percent for the same period in 2014. Android’s market share in China, meanwhile, slipped eight points to 72 percent.

China is now driving more volume for Apple than the US, Kantar said.

Kantar found that Apple lifted its smartphone share in Europe’s five largest markets by 1.8 points to 20.3 percent in the quarter. One-third of Apple’s new customers switched from Android in these markets — Britain, France, Germany, Italy and Spain.

“The iPhone 6 and 6 Plus continued to attract consumers across Europe, including users who previously owned an Android smartphone,” reported Carolina Milanesi, chief of research at Kantar.

Android’s market share in the big EU markets share declined by 3.1 percentage points compared to last year, to 68.4 percent, Kantar said. But the free Google Android operating system is still dominant due to a price advantage.

“In Great Britain, while 25.6 percent of new iOS buyers switched from Android during the quarter, Android’s leadership remains strong, thanks to the price options consumers have in both the contract and pre-pay market,” said Dominic Sunnebo, business unit director at Kantar.

“Thirty-five percent of consumers who bought an Android smartphone in the first quarter said their decision was driven by receiving a good price on the phone. Another 29 percent said that getting a good deal on the tariff/contract was a factor in their purchase.”

In the US, Android’s market share made a modest 0.2 percent gain in market share to 58.1 percent while Apple lost the same amount to 36.5 percent, losing a bit of momentum after a big surge in late 2014.

The survey found US customers are increasingly opting for bigger phones or “phablets” with displays of 5.5 inches or bigger. This segment represented 21 percent of all US smartphone sales in the first quarter, from a six percent share a year ago.

Apple’s iPhone 6 Plus took 44 percent of this segment, according to Kantar.

“Apple’s iPhone 6 and 6 Plus already represent 18 percent of all iPhones in use in the US, and 64 percent of the iPhone installed base uses an iPhone 5 or newer — good news for the Apple Watch that interacts only with these newer models,” Milanesi said.