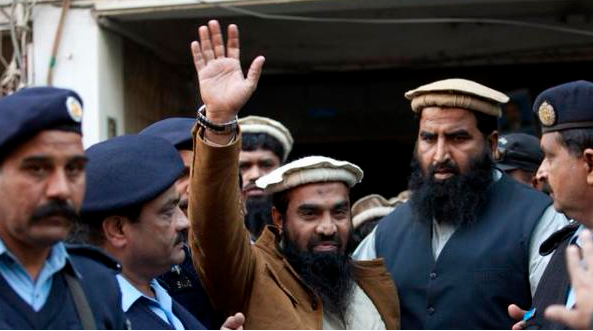 What do you call an alleged terrorist who not just gets released from jail, but who also isnâ€™t least interested in attending the court trials? Yes, thatâ€™s right, you call him Zakiur Rehman Lakhvi, mastermind of the 26/11 Mumbai attacks.

Lakhvi, who was released from jail in April, has requested an Anti-Terrorism Court (ATC) to exempt him from appearing in court citing threats to his life.

He claims that a foreign intelligence agency and a section of Tehreek-i-Taliban Pakistan might target him when he travels to and fro, which is why he has made that request.

Under the law, Lakhvi should attend the hearings otherwise his bail can be cancelled. Till his release by the court, Lakhvi was attending the Mumbai attack case trial from within the jail premises. Six other suspects were also attending the trial proceedings.

Advocate Raja Rizwan Abbasi, counsel for Lakhvi, said that while there was tight security within the jail premises, the same could not be said of its surrounding areas.

The JuD chief had said that India was trying to put pressure on Pakistan through the UN and the US to punish Lakhvi for the 2008 Mumbai attacks.

According to reports, Saeed said that Lakhvi is innocent as there has been no evidence against him for his involvement in the Mumbai attack case.