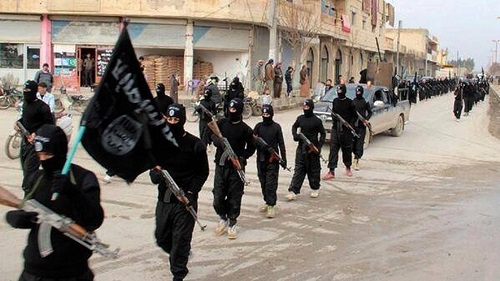 Hyderabad: A script got foiled at the Hyderabad the airport. According to intelligence agencies, 14 students, on their way to Syria and Iraq to join Islamic State (IS), were stopped at the Hyderabad airport Â The state and Central intelligence agencies had began verification of students with suspicious links after Ateef Waseem from Mancherial in Adilabad district died while fighting for Islamic said.

A senior officer was quoted saying,”The police had counselled 11 youths while they were trying to join the Islamic State, after nabbing them at the airports.”

The officer further added that the youths belong to different engineering colleges. This operation, Operation Chakrayuh was started by the Intelligence Bureau Â to counsel youth who try to join the IS and are under constant surveillance.

A day ago, an engineering graduate from Hyderabad, who joined the terror group ISIS, died “while fighting in Syria,” Intelligence sourcesÂ on TuesdayÂ said quoting his family members.

Mohd Haneef Waseem, 27, had reportedly joined the ISIS in Syria in February this year, they said. In January this year, A 32-year-old US-returned engineering graduate was arrested in Hyderabad when he was allegedly on his way to Dubai to join the Middle East terror group ISIS.Besides, a 19-year-old woman from the city who was residing in Qatar and had flown to Turkey, allegedly wanted to join the ISIS but had come back to India in December last year after seeing the conditions there.
Â