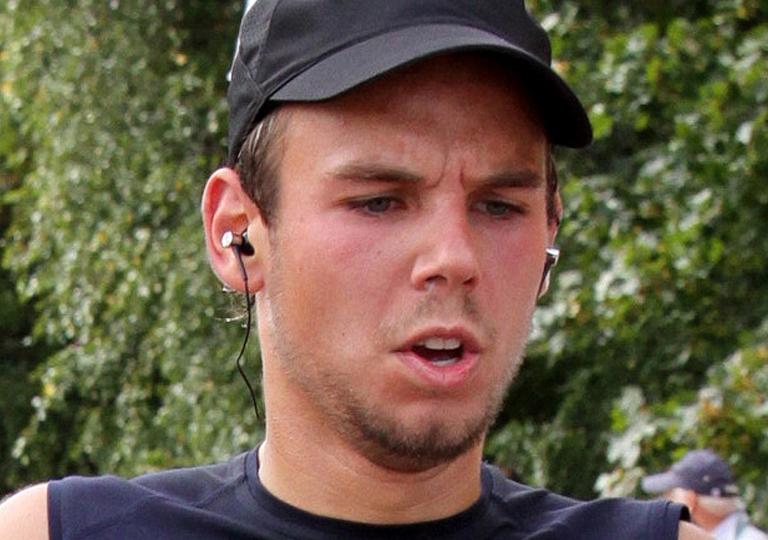 The co-pilot of the doomed Germanwings flight deliberately crashed the plane into the French Alps after “rehearsing” the descent on an earlier flight, French investigators said on Wednesday.

The BEA civil aviation investigators said the co-pilot, 27-year-old Andreas Lubitz, had practised the manouevre on the outbound trip from Duesseldorf to Barcelona just hours before his suicidal actions on the return flight.

“Several altitude selections towards 100 ft were recorded during descent on the flight that preceded the accident flight, while the co-pilot was alone in the cockpit,” read the report. Data from the earlier flight was found in one of two black boxes from the aircraft.

Remi Jouty, the director of the BEA, told journalists there had been no “noticeable effect” as the plane had already begun its descent into Barcelona while he was carrying out the practice manipulations.

The Germanwings Airbus 320 crashed in the French Alps on March 24, killing all 150 people on board.

The probe into the crash confirmed initial suspicions that Lubitz deliberately brought the plane down.

On the fatal flight back to Duesseldorf which left at 10:00am local time, everything initially proceeded normally, with Lubitz even eating his meal 15 minutes into the flight, the report said.

At 10:30am the captain left the cockpit to go to the toilet, and the selected altitude on the flight control unit changed “in one second” from cruising altitude of 11,600 metres (38,000 feet) to 100 feet — the minimum height possible to select on an A320.

The speed of the plane was also gradually increased.

During the descent, air traffic controllers in the city of Marseille tried to call the plane 11 times on three different frequencies with no response.

The air force also tried to contact the plane three times to no avail.

The cockpit recorder showed the pilot’s frantic efforts to re-enter the cockpit. The interphone rang three times and he triggered a signal in the cockpit when he entered a code to open the door, which is heavily re-inforced to prevent hijackings.

A person was heard knocking on the door six times and a muffled voice could be heard asking for the door to be opened.

Another five “noises similar to violent blows” could be heard just two minutes before the end of the flight and a warning system blaring “Terrain, Terrain, Pull Up, Pull Up” sounded until the crash.

Jouty said Lubitz could be heard breathing until the crash and a little over a minute before the impact there was 30-second input on the sidestick controller.

“So we can deduce that he was capable of carrying out actions that all had one goal, to push the plane toward the ground.”

The BEA counted six other airline accidents since 1980 that were proven or very likely the result of deliberate action by one of the crew members.

German prosecutors have said Lubitz was diagnosed as suicidal “several years ago”, before he became a pilot, but had appeared more stable of late.

Doctors had recently found no sign that he intended to hurt himself or others, but he was receiving treatment from neurologists and psychiatrists who had signed him off sick from work a number of times, including on the day of the crash.

Police found torn-up sick notes during a search of his apartment after the crash.

The report said Lubitz had been issued with a year-long medical certificate without restrictions in April 2008 which was not renewed for four months due to a course of anti-depressant medication.

When it was renewed in July 2009 it bore the mention “special conditions” requiring regular medical check-ups.

Investigators said the ongoing probe would examine the “systemic failings” leading to the accident.

One of the issues to be studied was balancing medical confidentiality with flight safety demands.

Following the crash, several countries announced they would insist on having two people in the cockpit at all times — a rule which is already standard in the United States.

The final investigation report is expected in in a year’s time.