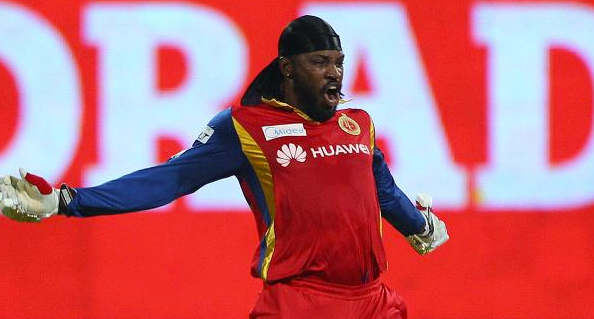 Punjab paid a heavy price for dropping Gayle twice — on 27 and 53 — as the left-handed Caribbean went on to hit his fifth IPL century and led his side to a mammoth 226 for three.Â

It was a humongous task for a demoralised Punjab to chase such a total and they capitulated under pressure. All they managed was just 88 in 13.4 overs.Â

It was second biggest win in IPL history by run-margin, only behind Kolkata Knight Riders’s 140-run victory over RCB in the 2008 edition.Â

Punjab batsmen inexplicably surrendered without any fight and were reduced to 34 for five in six over, with no chance of redeeming themselves.Â

When Starc (4/15) bowled his compatriot Mitchell Johnson and Anureet Singh in the ninth over, Punjab were gasping at 49 for 8 and staring at the lowest total of the tournament (58 by Rajasthan Royals in 2009).Â

But Axar Patel saved them blushes with a fighting unbeaten 40 off 21 balls.Â

With this win, Bangalore have enhanced their chances to make the Play-offs as they have jumped to third spot in the table with 11 points from 10 matches.Â

Before being caught and bowled by spinner Axar Patel, Gayle entertained the fans by hitting 12 sixes and seven fours as hapless Punjab players kept watching the shots soaring over their heads and vanishing in the stands.Â

Gayle completed his century by guiding a Johnson full-toss to square leg for four.Â

Only Anureet Singh managed respectable figures for Punjab. He did not take wickets but gave away just 25 runs in his four overs.Â

The Gayle carnage began in the second over of the match when Australian paceman Johnson pitched it up and was punished by the Caribbean, who creamed off 20 runs in that over with two sixes and two fours.