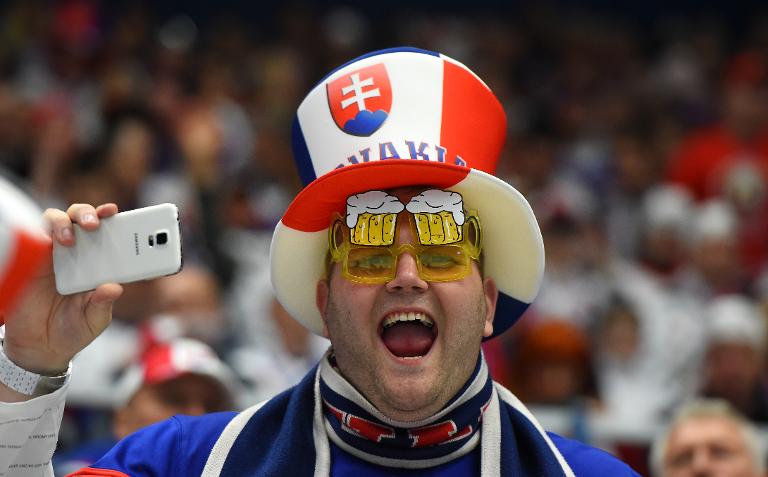 Los Angeles forward Marian Gaborik spared Slovakia’s blushes after scoring twice to help his team to a 3-1 victory over minnows Slovenia at the ice hockey world championships on Tuesday.

Jan Urbas, Slovenia’s forward plying his trade at Sweden’s Vasteras, scored in the seventh minute, and Slovakia had a hard time trying to beat goalie Robert Kristan who stopped 16 shots in the first two periods.

But they succeeded in the 48th minute when Buffalo Sabres defenceman Andrej Meszaros scored his third goal of the tournament to put Slovakia level.

The 33-year-old Gaborik gave Slovakia the lead six minutes later and sealed his team’s victory a second from the final siren as Slovenia had pulled Kristan for a power play.

After three games played, the 2012 runners-up Slovakia are now third in Group B played in Ostrava, a point ahead of defending champions Russia and behind a spotless United States team and Belarus who swept Denmark 5-1 in the group’s other game on Tuesday.

Denmark took a 14th minute lead but Belarus scored three goals in the second period and two in the third to take the game easily.

Kevin Lalande, the Belarusian goalie born in Canada, stopped 25 of Denmark’s 26 shots while Belarus took 35 shots at the Danish goal.

In Group A played in Prague, France took the first victory at the tournament after beating Austria 2-0.

Damien Fleury scored the first goal in the 47th minute and Laurent Meunier added a second into the empty net a minute from the end after Austria had pulled their goalie.

In the French goal, former Chicago, Los Angeles, Montreal and Washington goalie Cristobal Huet stopped 23 shots for his first shutout of the tournament.

In the first Group A game on Tuesday, Switzerland beat Germany 1-0 for their second win from three games at the tournament that handed them the third spot in the group played in Prague, behind Canada and Sweden and ahead of the Czech Republic.

Davos goalie Leonardo Genoni stopped all 18 shots by Germany and Kloten forward Denis Hollenstein scored the only goal 52 minutes into the game.