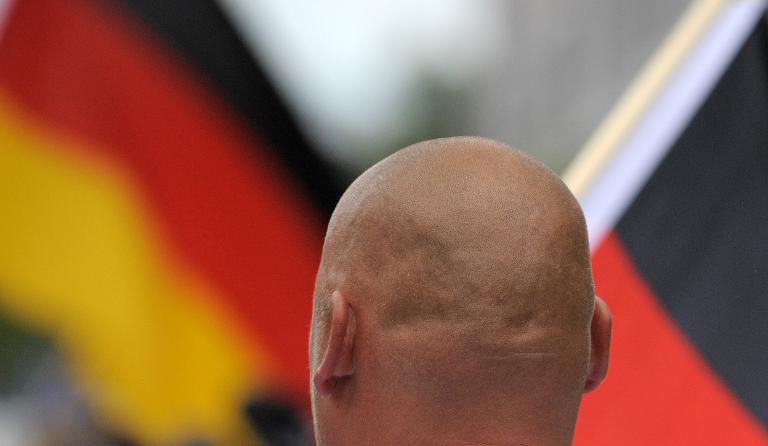 German police arrested four people on Wednesday, who were accused of belonging to a far-right “terror” organisation that acquired explosives for attacks on Muslims and refugee homes, federal prosecutors said.

The early-morning swoops in five states occurred with the country already on edge after authorities last week said they foiled a planned Islamist attack by a German-Turkish couple armed with a pipe bomb and other weapons.

They also came amid a rise in attacks on lodgings for asylum seekers as Germany takes in record numbers of people fleeing conflicts in the Middle East and Africa.

The raids turned up “pyrotechnics with large explosive power” that investigators believe were intended for use in attacks, said the federal prosecutor’s office in the southwestern city of Karlsruhe.

“To what extent the suspects had set targets or dates for attacks will be the subject of further investigation,” it said in a statement.

The four suspects, three men and a 22-year-old woman identified only as Denise Vanessa G., are accused of starting a “far-right terrorist organisation” called Oldschool Society with a larger group of people last November.

News website Spiegel Online said the group had an emblem featuring a tank, Germanic runes popular in the neo-Nazi scene, and two skulls with the slogan: “One bullet is not enough”.

Two of the accused, named as 56-year-old Andreas H. and Markus W., 39, are believed to be the ringleaders, using the titles “president” and “vice president”.

The fourth suspect was listed as 47-year-old Olaf O. All are German citizens, prosecutors said.

“According to the findings to date, the aim of the organisation was to mount in smaller groups attacks on well-known Salafists, mosques and hostels for asylum seekers in Germany,” prosecutors said.

In the case last week, the male suspect captured near Frankfurt had contact with the ultra-conservative Islamic Salafist community. Investigators believe the man and his wife had aimed to attack a professional bicycle race in the area, which was cancelled as a precaution after the arrests.

The four far-right suspects were arrested based on warrants issued Tuesday by a federal judge on charges of founding a terrorist organisation.

About 250 officers from special units of police forces in five states and the federal police searched the homes of the four accused as well as those of five other suspects.

The investigation was launched based on information gleaned by agents from Germany’s domestic security watchdog, the Office for the Protection of the Constitution, the prosecutors said.

German investigators have been on high alert for violent far-right groups since it emerged in 2011 that a neo-Nazi cell calling itself National Socialist Underground allegedly gunned down 10 people, mainly Turkish immigrants, between 2000 and 2007.

Meanwhile violence against refugee shelters is on the rise.

Two German non-governmental organisations, Amadeu Antonio Foundation and Pro Asyl, said in a recent report that 25 such homes have been attacked since the start of the year including three with firebombings.

Activists blame the rise in attacks in part on anti-migrant sentiment whipped up by groups such as the high-profile movement PEGIDA, “Patriotic Europeans Against the Islamisation of the Occident”, which organised a series of weekly marches that drew thousands of participants and intense media coverage.

Overseas Development Minister Gerd Mueller said Tuesday the number could reach up to 400,000 this year.