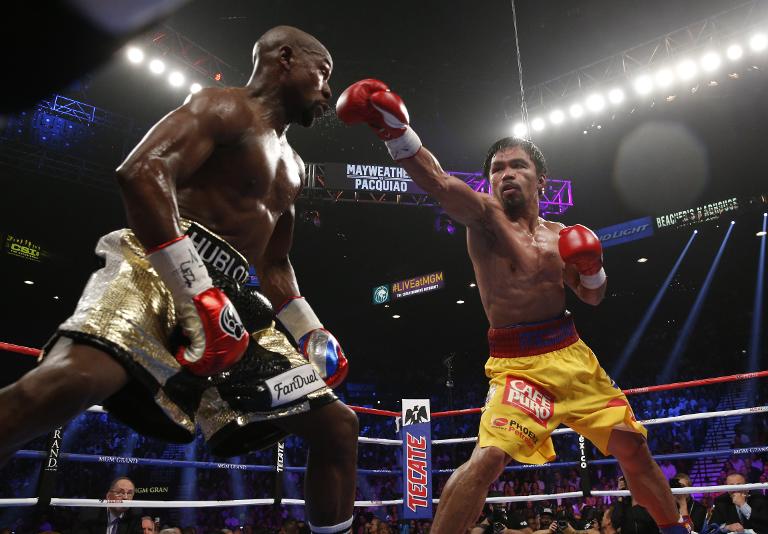 Two Nevada men filed a class-action lawsuit against Manny Pacquiao, seeking millions in damages because they say he fraudulently concealed a shoulder injury before his defeat to Floyd Mayweather.

It is just the latest fallout from Mayweather’s victory in Las Vegas on Saturday in a unanimous decision, with Pacquiao saying afterwards that the shoulder complaint hampered his performance in the welterweight world title showdown.

The plaintiffs argue that by failing to go public with the injury before the feverishly anticipated bout, the Philippine icon and his camp violated the Nevada Deceptive Trade Practices Act.

According to court documents available online, the lawsuit claims that when plaintiffs Stephane Vanel and Kami Rahbaran — who bought tickets, forked out pay per view fees or bet on the fight — the defendants “knew and had full knowledge and information that defendant Pacquiao had been seriously injured and was suffering from a torn rotator cuff.”

“Defendants further know that such injury would severely affect his performance,” the lawsuit says.

“None of the defendants informed or apprised the public or even the Nevada Athletic Commission about the injury to defendant Pacquiao.”

The clash between Pacquiao and Mayweather at the MGM Grand Garden Arena was billed as the “Fight of the Century.”

It’s certainly set to go down as the most lucrative bout in history, with possible revenue of $400 million.

That could include as many as three million pay-per-view purchases, at about $100 each.

The bout went the full scheduled 12 rounds, Mayweather easily winning on the judges’ scorecards to take his perfect record to 48-0.

After the fight, Pacquiao and Top Rank revealed the 36-year-old had been injured in training camp some three weeks earlier.

They said he’d been cleared by doctors to fight, although they had expected him to be able to take an anti-inflammatory injection on fight night, but the Nevada State Athletic Commission ultimately denied him.

Pacquiao attorney Daniel Petrocelli told The Los Angeles Times that he expects the lawsuit to be dismissed.