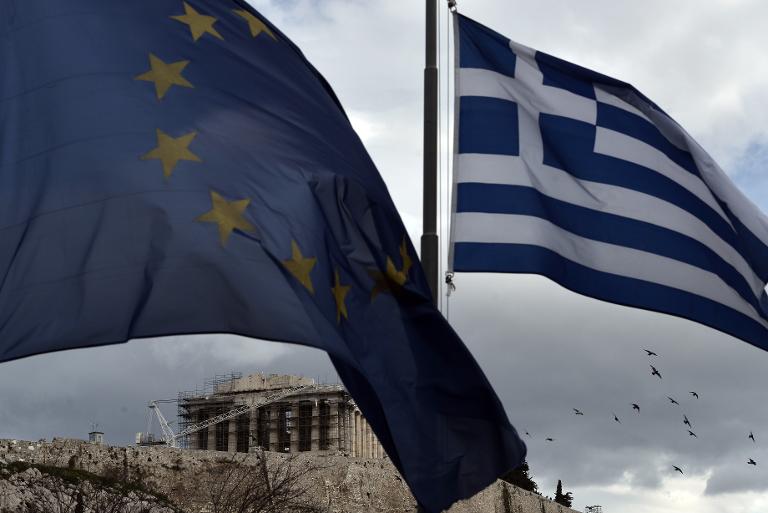 The EU and IMF hit back Wednesday at accusations by Athens that internal rifts were blocking a bailout deal as cash-poor Greece survived yet another big interest payment averting bankruptcy.

The row burst into the open just as a feverish push by Athens to secure a deal spread across European capitals with Greek finance minister Yanis Varoufakis visiting Rome Wednesday before a visit to Spain on Thursday.

“The European Commission, the European Central Bank and the International Monetary Fund share the same objective of helping Greece achieve financial stability and growth,” the institutions in charge of Greece’s rescue programme said in a rare joint statement.

It said they would “work closely together” to make progress at a crunch Eurogroup meeting of eurozone finance ministers in Brussels on Monday.

The rejoinder came a day after the radical new government of Greek Prime Minister Alexis Tsipras blamed divisions between its international creditors for a three-month impasse in talks aimed at unblocking 7.2 billion euros ($8.1 billion) in bailout cash.

Greece angrily said this was “the exclusive responsibility” of the EU and the Washington-based IMF, which have together supplied the two bailouts for debt-hit Greece since 2010.

At the heart of the alleged divisions were IMF rules under which the fund can only support countries whose debt is judged to be sustainable, and reported calls from the IMF for Europe to write off some of Greece’s debt.

But Greece’s debt is the highest in the eurozone and is forecast to soar to 180.2 percent of annual economic output this year.

Despite that mountain of debt, Athens on Wednesday made a 200-million-euro payment to the IMF — although it faces a far more challenging payment of 750 million euros due next Tuesday.

The European Central Bank on Wednesday raised the maximum emergency funding that Greek banks can obtain by 2.0 billion euros, extending its lifeline to Athens for another week.

And Jean-Claude Juncker, the head of the European Commission, held a telephone conversation with Tsipras that a statement said broached some of thorniest issues in the deadlocked talks.

The Tsipras government, which came to power in January, is resisting intense pressure from its creditors to pursue radical reforms such as further cuts to pensions and wages.

The leaders “took stock of progress made in the talks between Greece and its partners over the last days on a comprehensive set of reforms to achieve a successful completion of the review,” a joint statement said.

The head of the Eurogroup of eurozone finance ministers, Jeroen Dijsselbloem, meanwhile said the chances of a deal were clearly improved.

“There’s a more positive outlook to reach a deal than some weeks ago,” said Dijsselbloem, the Dutch finance minister, after talks in Paris with his French counterpart Michel Sapin.

Sapin and Dijsselbloem cautioned that no deal should be expected at the Brussels Eurogroup on Monday, despite high hopes that a solution for Greece would finally be reached.

However Varoufakis said in Rome that he was “very confident” about the Monday meeting, after meeting Italian finance minister Pier Carlo Padoan.

“With Padoan, we have a language in common,” said Varoufakis, who embarked on the high-stakes tour despite rumours that his role in the bailout talks was scaled back.

Athens has sent mixed messages for weeks on the state of its finances.

After the IMF payment on Wednesday, sources in Athens have told AFP that the 750 million euros due next Tuesday will also be paid and it is also predicted to successfully raise 2.8 billion euros in two bond issues May 8 and 15.

Despite that, observers stressed that an accord between Greece and its creditors remains crucial with its current international bailout set to run out in June after an emergency four-month extension.

To deal with its crippling liquidity problem, the Greek government has ordered public administrations and local authorities to transfer their reserves to the Bank of Greece pending a deal.

Varoufakis said in a blog essay Wednesday that negotiators had grown too obsessed with the conditions attached to saving Greece.

“All sides are focusing too much on the strings to be attached to the next liquidity injection and not enough on a vision of how Greece can recover and develop sustainably,” the former professor said.