Home News For Kids Dolphins have social networks too! 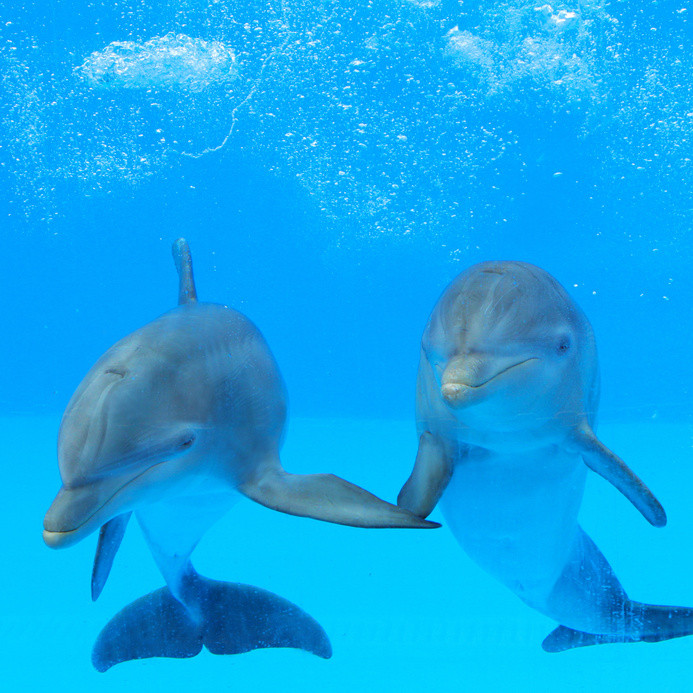 Just like humans, dolphins form highly complex and dynamic networks of friends, preferring to mingle with some fellow dolphins while avoiding others, scientists say.Â

They found that individual dolphins exhibited human-like preference and avoidance behaviour – they have dolphins they like and associate with and ones they avoid.Â

In the study, scientists at Harbor Branch Oceanographic Institute (HBOI) at Florida Atlantic University learned about the association patterns as well as movement behaviour and habitat preferences of some 200 individual dolphins through intensive photo-ID surveys conducted along the IRL, which were carried out over a six- and-a-half year period.

In a paper published in the journal Marine Mammal Science, researchers said that individual dolphins exhibited both preference and avoidance behaviour.Â

The study also found that IRL dolphins clustered into groups of associated animals, or ‘communities’, that tended to occupy discrete core areas along the north-south axis of the lagoon system.Â

“One of the more unique aspects of our study was the discovery that the physical dimensions of the habitat, the long, narrow lagoon system itself, influenced the spatial and temporal dynamics of dolphin association patterns,” said Elizabeth Murdoch Titcomb, research biologist at HBOI.Â

“For example, communities that occupy the narrowest stretches of the Indian River Lagoon have the most compact social networks, similar to humans who live in small towns and have fewer people with whom to interact,” Titcomb said.