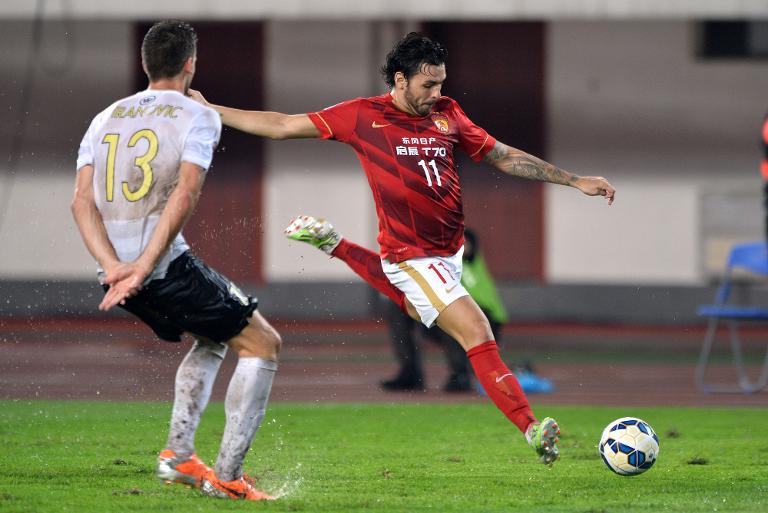 Holders Western Sydney Wanderers were cruelly knocked out of the AFC Champions League on Tuesday when they beat favourites Guangzhou Evergrande but were undone by an injury-time winner elsewhere.

Tony Popovic’s men, who lifted the title last year on debut, looked to have extended their Asian fairytale when goals from Mark Bridge and Tomi Juric gave them a 2-0 upset win.

With Kashima Antlers and FC Seoul locked at 2-2 on the final evening of Group H, the Wanderers seemed to have done enough to prise themselves off the bottom and reach the last 16.

And there were broad smiles when the final whistle sounded in rain-sodden southern China — until news filtered through of Mauricio Molina’s late winner for FC Seoul.

That 3-2 win over Kashima puts Seoul through as the second team in Group H, behind Fabio Cannavaro’s Guangzhou who finish top despite their second defeat of the competition.

The Wanderers’ exit completed a chastening evening for Australian fans, whose national side won the Asian Cup in January, after Brisbane Roar went out tamely with a 2-1 loss to Urawa Reds.

Playing their last game of Group G, Brisbane needed a big win to have any chance of advancing, but their hopes slumped when Shinzo Koroki opened the scoring on 24 minutes.

Yuki Muto scored Urawa’s second after half-time and although Brisbane pulled one back through Andrija Kaluderovic, the night ended miserably for the A-League champions.

Beijing Guoan finished top of the group after a 1-1 draw with Suwon Samsung, who also go through to the knock-outs as the second-placed team.

Much of the night’s drama was in Kashima, where the hosts opened the scoring through Shuhei Akasaki after eight minutes only for Lee Woong-Hee to equalise before half-time.

FC Seoul then took the lead six minutes into the second half after Osmar Barba’s header was deflected into the Kashima net off defender Gen Shoji.

Kashima’s Gaku Shibasaki restored parity in the 79th minute but with both teams chasing the winner they needed to go through, Molina was the hero when he struck in the first minute of injury time.

Meanwhile in West Asia, UAEâ€™s Al Ahli joined their Saudi namesakes in the last 1with late games from Group D after a thrilling 3-2 victory over Iranâ€™s Tractorsazi Tabriz at the Al-Rashid Stadium in Dubai.

Al Ahli owed the win to their captain Ahmed Khalil who produced two good headers in the final 15 minutes to help his team prevail in a tough match that saw the Iranians twice squander a one-goal advantage.

The result eliminated Uzbekistanâ€™s Nasaf who could only manage a goalless draw against Saudi Arabiaâ€™s Al Ahli who had qualified a fortnight ago.

Mehrdad Bayrami put already-eliminated Tractorsazi ahead in the 21st minute but Brazilian Everton Ribeiro equalised for the UAE side in the 58th before Saman Narimanjahan reclaimed the lead for the visitors a short while later.

But with Khalil first heading home in the 78th minute and then again in the 88th, Al Ahli sealed second place in the group to make the last 16 for the first time.

Al Hilal and Al Sadd had already secured their last 16 berths, but this win saw the Saudi side top the group with 13 points.