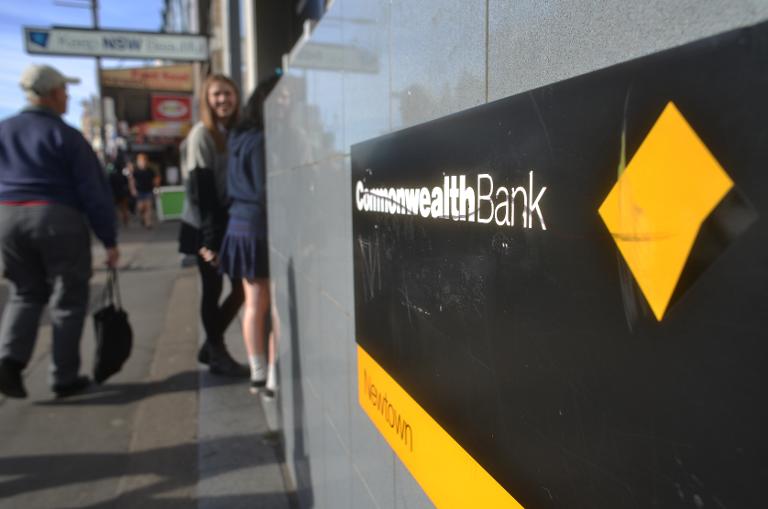 The bank and other blue-chip firms have benefited from investors’ search for yield, seeing their share prices strengthen over the past few years as a weakening economic climate led to interest rate cuts by the Reserve Bank of Australia.

Shares in Commonwealth Bank closed down 5.85 percent at Aus$82.98 in a return to levels last seen in November.

The Reserve Bank on Tuesday slashed the interest rate by 25 basis points to a new record-low of 2.0 percent to stimulate growth, but did not include an easing bias in its statement that could have foreshadowed further cuts.

“Interest rates won’t be falling much more, so if interest rates start to go up, then the banks will re-price again,” Bell Potter banking analyst TS Lim told AFP.

“So the yield story is becoming shaky.”

Shares in another Australian banking heavyweight, Westpac, on Monday slumped 3.08 percent after it posted a worse-than-expected first-half net profit of Aus$3.61 billion.

The banks have been churning out bumper profits over the past few years.

“Westpac was already quite soft and this sort of implies that the sector could be facing a lot more headwinds, and because CBA’s the most expensive major bank it fell harder today,” Lim added.

Investors have also been spooked by comments from financial regulator the Australian Prudential Regulation Authority on implementing a recent inquiry’s recommendation that major banks be required to increase the amount of capital they hold as a buffer against mortgages “sooner rather than later”.