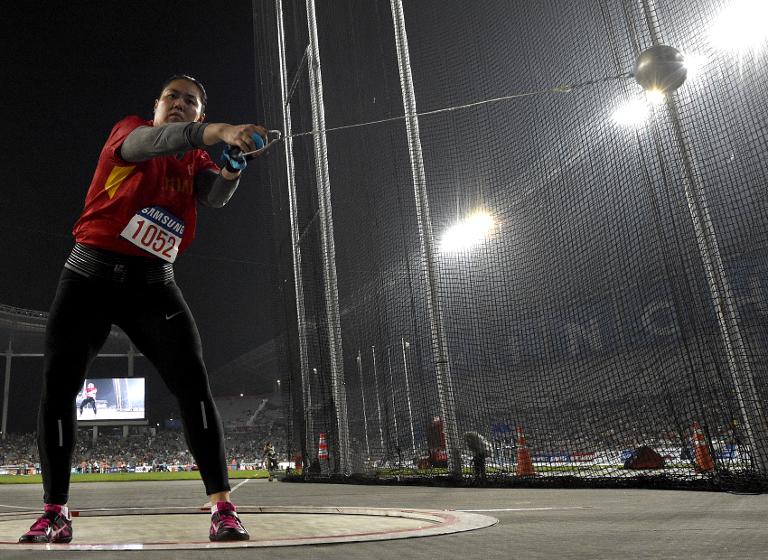 China’s track and field team at the Incheon Games was rocked by news of the positive dope test five days after Zhang threw 77.33 metres to claim gold on September 28.

A sample provided by Zhang before the competition had shown the presence of zeranol, a banned substance. She was disqualified and stripped of her gold medal.

Zhang appealed and the OCA said in a statement Wednesday that further independent testing last month had shown that “the presence of zeranol was, as Zhang asserted in her appeal, caused by eating contaminated food”.

Zeranol is found naturally in a fungus associated with cereal crops — mycotoxin zearalenone — and can even permeate into the body merely through contact with the skin.

“Ms. Zhang did not ingest the Prohibited Substance detected in her sample,” the statement continued.

“Based on this new information and supported by WADA (the World Anti-Doping Authority), the Olympic Council of Asia recognises that Ms. Zhang did not return an Adverse Analytical Finding for the presence of zeranol, nor therefore commit an Anti-Doping Rule Violation during the 2014 Asian Games.

“Accordingly, the Olympic Council of Asia will return the Gold Medal to Ms Zhang.”