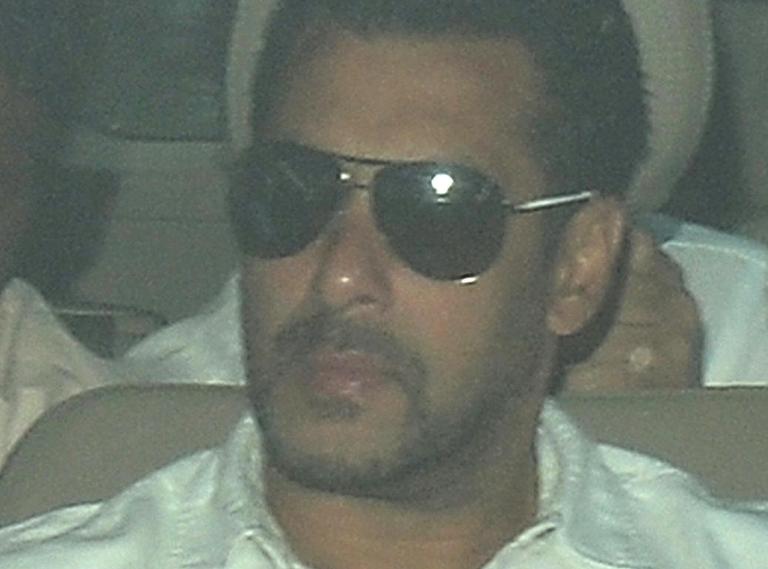 Bollywood superstar Salman Khan was sentenced Wednesday to five years in prison for killing a homeless man with his SUV in a 2002 hit-and-run after a night out drinking at an upmarket bar.

Judge D.W. Deshpande found Khan guilty of culpable homicide and other charges for driving his Land Cruiser into a group of homeless men sleeping rough in suburban Mumbai, rejecting the actor’s claim his driver was to blame.

“After going through the arguments put forth by both sides, I have come to the conclusion that five years is proper punishment,” Deshpande told the packed sessions court in Mumbai.

The 49-year-old looked stunned and tired as the sentence was read out, sinking into his chair as his family gathered around, according to an AFP reporter in the court.

But the actor was later granted bail ahead of an appeal in India’s notoriously slow legal system. It was unclear how hard the conviction would hit the career of one of the Indian movie industry’s biggest box-office stars.

The outcome of the case had been keenly awaited both by his legion of fans and by Bollywood studios, who stand to lose millions of dollars if they have to cancel filming for movies for which he has been signed up.

The sentence sparked a storm on social media, with Bollywood celebrities taking to Twitter in support of Khan, while at least one blamed the homeless for being there in the first place.

“Roads are meant for cars and dogs not for people sleeping on them,” playback singer Abhijeet Bhattacharya tweeted.

Khan, the star of blockbusters such as “Dabangg” (Fearless), fled the scene of the crash that left labourer Nurulah Mahbob Sharif dead and several others injured, according to prosecutors.

His trial began in earnest last year after a series of court hearings and lengthy legal hold-ups.

Several prosecution witnesses, including survivors of the crash, testified that Khan was driving the vehicle when it ploughed at speed into the men sleeping on the street near a bakery in September 2002.

When Khan finally took the stand in March, he said his driver was responsible for mounting the pavement in the suburb of Bandra West.

The driver testified in court last month that he had been behind the wheel, and that the crash occurred after the front left tyre burst, making steering and braking difficult.

But the judge found Khan guilty of all charges, including driving while under the influence of alcohol and without a licence.

A constable attached to Khan’s security detail said in his statement to police that the actor lost control of the car while driving at about 90 kph (55 mph).

One of the sleeping labourers injured in the accident said in his statement that “Salman was so drunk he fell”.

Khan’s lawyers said the star had in fact been drinking water and had climbed out of the driver’s seat after the accident because the passenger side door had been damaged.

Khan has starred in more than 100 films and television shows since his first hit “Maine Pyar Kiya” (I Fell in Love) in the 1980s.

But the body-building actor is no stranger to controversy and spent more than a week behind bars for killing an endangered Indian gazelle in 1998.

“Their fate will depend on whether he is given time to complete shooting and dubbing work before he begins his sentence,” he told AFP.

Arjun Kapoor was among a stream of actors to take to Twitter, saying “it doesn’t matter what anyone or any court says he doesn’t deserve this at any level.”

But the victim’s wife, Begum Shaikh, said she had been waiting a long time for justice, adding “we have gone through a lot of hardships.”

“Everything is so expensive and we hardly have any income. My kids are always under stress,” she told the CNN-IBN channel.

Khan becomes the second big-name Bollywood actor to be sentenced in the last two years. Sanjay Dutt, the star of a series of gangster movies, is behind bars over possession of weapons linked to several bombings in Mumbai in 1993.