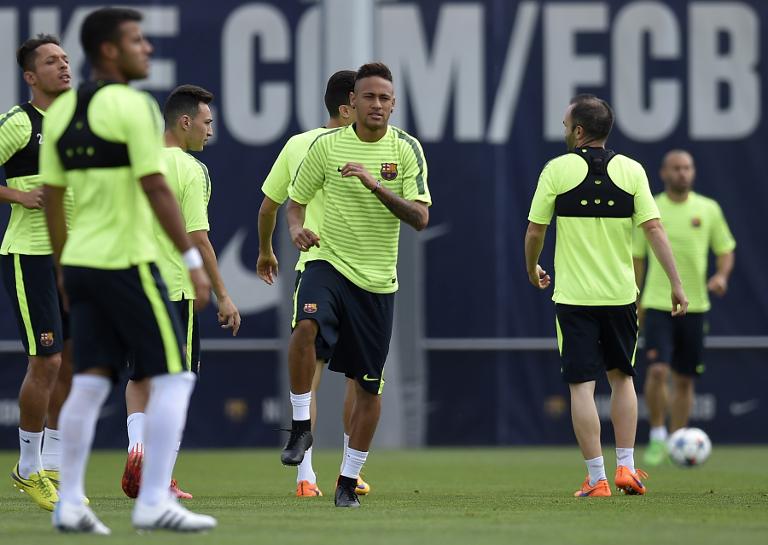 Bayern Munich boss Pep Guardiola believes his side must score in his old stomping ground at the Camp Nou on Wednesday to have any chance of eliminating Barcelona in their Champions League semi-final.

Guardiola is Barca’s most successful ever coach having won 14 trophies in four years in charge between 2008 and 2012, but faces an unfamiliar problem in trying to stop the Catalans, who have won 26 of their last 28 games to maintain hopes of just a second treble of La Liga, Champions League and Copa del Rey in the club’s history.

Bayern have reached the semi-finals for the fourth consecutive season thanks to their home form after disappointing results on the road in the first-legs of their ties against Shakhtar Donetsk and Porto.

A 0-0 draw in Ukraine was followed by a 7-0 thrashing for Shakhtar in the last 16, whilst the German champions roared back from a 3-1 first-leg defeat to beat Porto 6-1 in the quarter-finals.

However, Guardiola is aware that they cannot leave themselves with a mountain to climb in next week’s return at the Allianz Arena against the greater quality that Barca possess.

“We need to score. We are in the semi-finals and we are here because Thiago (Alcantara) scored a goal in the first-leg (in Porto). Without that goal it would’ve been very hard to play in Munich.

“It is almost impossible to get to the final if we don’t score at least one goal. We can’t go out to defend, we need to play as we know how and that is attacking.”

And he admitted that he doesn’t know how he will react should Bayern find the net against his boyhood club.

“I don’t know what I will do, but my respect for Barca doesn’t depend on whether I celebrate or not.

“If my players score a goal I will be very happy. Barca is a part of my life, but I am here to win.”

Barca boss Luis Enrique is a former teammate and friend of Guardiola’s from their time together at the Camp Nou and he believes the attacking intent of both sides will lead to a great spectacle.

“There is only one ball and we both want it. Tomorrow we will see who is better, but it will be one of the most attractive games you can see in European football.

“Knowing Pep, I am sure that there will be things that will make like difficult for us, but during the season we have overcome the problems the opponents have put in front of us. Against Bayern we will try to do the same.”

Bayern travel to Catalonia without the injured Arjen Robben, Franck Ribery, Holger Badstuber and David Alaba, whilst Robert Lewandowski will have to wear a protective mask after breaking his nose and cheekbone in last week’s German Cup exit on penalties to Borussia Dortmund.

However, Enrique dismissed suggestions his side’s clean bill of health made them clear favourites to progress to next month’s final in Berlin.

“I don’t think there is a favourite in a semi-final of this level.

“Independent of who we are playing, we always try to play our game because we don’t know how to play in a different way. At home, with our fans, we will be stronger, but in the second game we will prepare in the same way.”