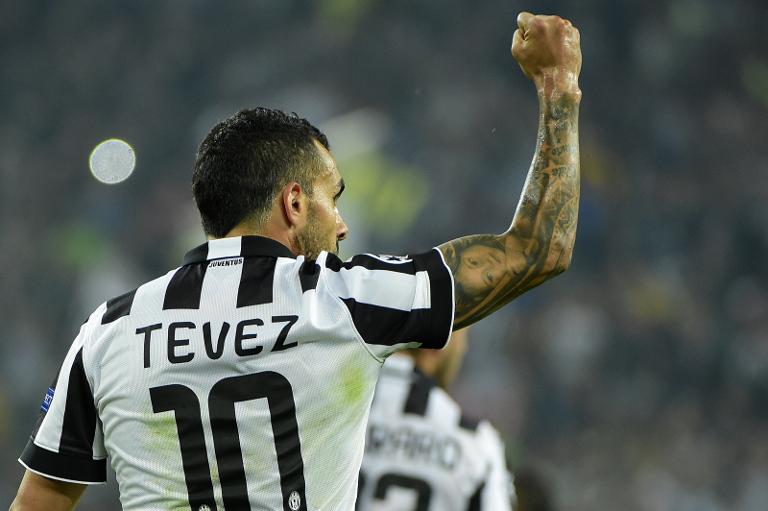 Coach Carlo Ancelotti said Real Madrid will need “patience” and the full support of the Santiago Bernabeu stadium when they host Juventus next week looking to secure a second successive Champions League final.

Real were crowned European champions for a record 10th time last year with a 4-1 drubbing of city rivals Atletico in Lisbon.

But a 2-1 defeat to Juventus in Turin — complete with an opening goal from former Real Madrid striker Alvaro Morata — has given the Spanish giants food for thought ahead of next week’s decisive return leg.

Morata, who moved to Juventus in the summer, refused to celebrate when he opened the scoring with a tap-in after goalkeeper Iker Casillas had pushed Carlos Tevez’s angled strike into his path at the back post.

Cristiano Ronaldo, with his 76th goal in the competition, levelled on 27 minutes with a simple header as Juve’s defence went missing, only for Tevez to seal the win from the penalty spot just before the hour after being felled in the area.

Real have the benefit of a precious away goal, but after seeing his side struggle to find their feet before finally taking command when it was already too late, Ancelotti said he expects a different Real side next week.

“We made more mistakes than normal, that was because of Juve’s pressing. Their line was higher in the second half,” said Ancelotti.

“But we’ll be confident because we are playing at home and the fans there will help us. We have to be patient. The result is a negative one but not such a bad one.”

Morata, who moved from Real to Juventus last summer, was subdued after opening the scoring on eight minutes.

His response was understandable. It was Ancelotti who gave the 22-year-old more playing opportunities at Real, including a cameo appearance in the Champions League final last year which earned him a winners’ medal.

“I didn’t celebrate because of my past” with Real, said Morata, who insisted that despite Juve’s “great performance” the Old Lady of Turin can’t quite celebrate just yet.

“We put in a great performance but we haven’t achieved anything yet. In the return leg Real will be on top form at home, as always.

“Ancelotti’s team is the best team in the world so we have to give everything we can if we are to secure our place in the final.”

Compared to Real and despite their prestige as Italy’s top club on the domestic front — Juve secured their 31st Serie A title on Saturday — the Turin giants are relative failures in Europe’s premier club competition.

Against Real’s 10 triumphs, Juve have two victories from 1985 and 1996, and have finished runners-up five times.

Fresh belief in the club’s European ambitions has swept into the club following the arrival of coach Massimiliano Allegri, who replaced Antonio Conte in the summer.

Where Conte failed — taking Juve as far as the quarter-finals in 2013 before bowing out to eventual winners Bayern Munich — Allegri has already succeeded.

It was Juve’s first semi-final since 2003, when they ousted Real in the semis before failing at the final hurdle, a penalty shoot-out, in the final against league rivals AC Milan.

Allegri has won plaudits for the tactical nous that has allowed Juve to get this far, with defender Patrice Evra saying: “Against a great Real side, we showed a lot of people what it means to play for a club like Juventus.

“A lot of that is down to Allegri, and the club’s staff, who helped us prepare for this game in the best way possible. Our coach is just like us, he wants to get to the final.”

Allegri could have influential French midfielder Paul Pogba — a target for Real and several other major European sides — back in time for the return leg.

But the Italian insisted that, without a goal, Juve’s chances of reaching the final in Berlin look slim.

“Next Wednesday we’ll be up against an extra motivated Real side. I want to repeat, we have to play better than we did tonight. We have to score against them, otherwise reaching the final will be difficult.”