Home Politics Victory for Maitri; set to wrap up 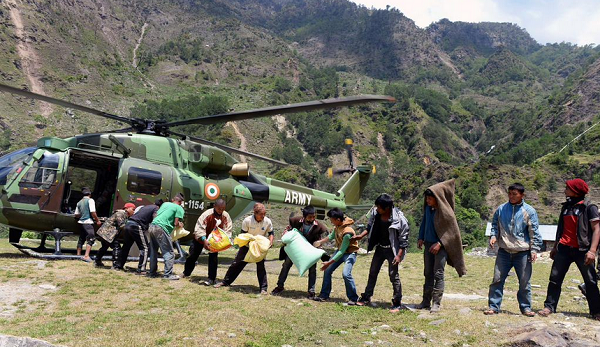 Nepal is slowly gaining feet after the massive 7.9 magnitude earthquake wreaked havoc on the country. India was one of the first countries to lend a helping hand to Nepal to gather its bits and regain normalcy. Now, 10 days later, Nepal is confident that it can take over, which is why, all foreign rescue contingents have been asked to disperse.

India launched the largest ever relief operation, Operation Maitri, in response to a natural disaster on foreign soil. Even after the April 25th earthquake, several small and medium magnitude earthquakes rocked the nation, hampering rescue operations, but the Indian government worked relentlessly to ensure that nothing stopped help from reaching people who deserved it.

The 7.9 magnitude quake that killed over 7,000 people, including 41 Indians and injured 14,355, has affected around 8 million people out of the 28 million population of Nepal.

Now, India has wrapped up Operation Maitri as Nepal asked rescue teams from India and 33 other countries to leave as it prepared to launch massive operations to rehabilitate millions of uprooted victims of the devastating temblor.

Nepal Prime Minister Sushil Koirala had said last week his country was indebted to India for its swift response to the humanitarian crisis following the devastating earthquake.

Within six hours of the tragedy, India had sent the first air force flight which landed in Kathmandu with National Disaster Response Force (NDRF) rescue teams and relief material.

Eight MI 17 and 5 ALH helicopters of the Indian Army have carried more than 207 tonnes of relief materials, evacuated over 900 injured and transported over 1,700 stranded people of various nationalities.

These teams worked round-the-clock since their deployment in close coordination with the government of Nepal.

As NDRF teams started being withdrawn, India said it is only because their work in the Himalayan country was accomplished that they were leaving.

Minister of state for home Kiren Rijiju, who handles the disaster management division in the home ministry that controls the NDRF, said the Nepalese government has asked the NDRF to demobilise so that reconstruction and rehabilitation work can be started.