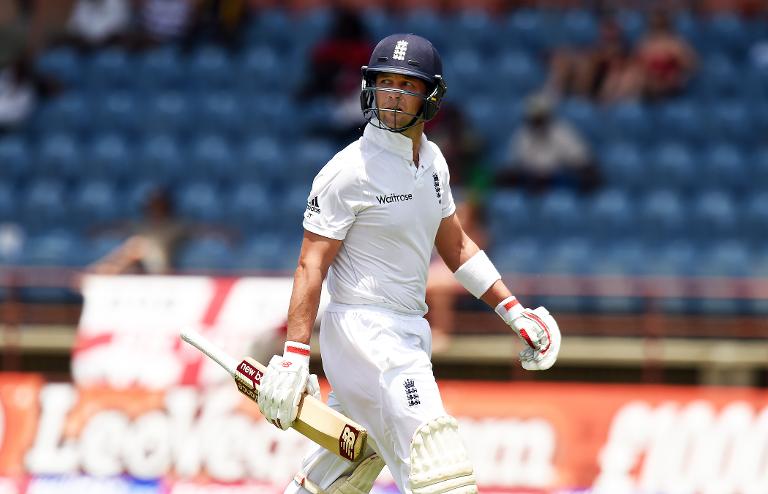 Trott struggled on his return to the Test arena during England’s 1-1 drawn series with the West Indies in the Caribbean concluded Sunday, managing just 72 runs in six innings including three ducks.

“This was a tough decision to make but I don’t feel my game is at the level you need to be at to play for England,” said Trott in an England and Wales Cricket Board statement. “I was honoured to be given the opportunity to come back and play international cricket again and I’m disappointed it didn’t work out.

“I want to take this opportunity to thank everyone who has helped me and given me the chance to represent England and to thank supporters for all their backing over the years.

“I also want to wish the lads all the very best for what will be an incredibly exciting summer.”

The 34-year-old Trott, who intends to continue his county career with Warwickshire, added: “I’ve had incredible highs and some real lows in an England shirt but wouldn’t change a thing.

“I look forward to continuing my career at Warwickshire and hopefully helping us win more silverware.”

The West Indies series saw Trott recalled by England for the first time since his premature exit from the 2013/14 Ashes series in Australia following the first Test in Brisbane with what team officials later said was “situational anxiety”.

England captain Alastair Cook, paying tribute to Trott, said: “It has been an absolute honour to play alongside Trotty in every one of his 52 Tests.

“He can be incredibly proud of all he has achieved in his career and it is no coincidence that his time in international cricket has seen the team achieve some very special things often with Trotty at the heart of our success on and off the field.”

Cook added: “To come back from events around the Brisbane Test in 2013 and earn a place back in this side is testament to his character and spirit, and although things didn’t work out as we all hoped on this current tour, he gave absolutely everything to the Three Lions every time he wore the cap.”

Following Trott’s exit from the Australia tour, where he struggled against the short ball and the pace of left-arm fast bowler Mitchell Johnson in particular, England lost the Ashes 5-0.

Australia batsman David Warner accused Trott of being “poor and weak” for the way in which he was dismissed by Johnson in the second innings at Brisbane’s Gabba ground, comments for which he apologised when details of the England batsman’s condition were made public.

Trott took some time out from cricket before forcing his way back into the England set-up through sheer weight of runs for Warwickshire and the second-string England Lions.

At his best Trott, who played 52 Tests, 68 ODIs and seven T20s in his eight-year international career, was a re-assuring presence at the crease.

Indeed the South Africa-born batsman made nine Test hundreds, starting with a century on debut against Australia at The Oval in the 2009 Ashes, and went on to make 3,835 Test runs at an average of 44.08.

But there was surprise among a number of pundits when Trott, usually a number three batsman, was given the job of opening alongside Cook in the West Indies, even though England’s squad contained a specialist, albeit uncapped, opener in Yorkshire’s Adam Lyth.

It proved an unsuccessful experiment, with Trott’s old problems against the short ball highlighted when he was out for a duck in the first innings of the third and final Test in Barbados fending at a bouncer from fast bowler Shannon Gabriel.

His retirement means England will have to make at least one change for their next Test, against New Zealand at Lord’s starting on May 21.