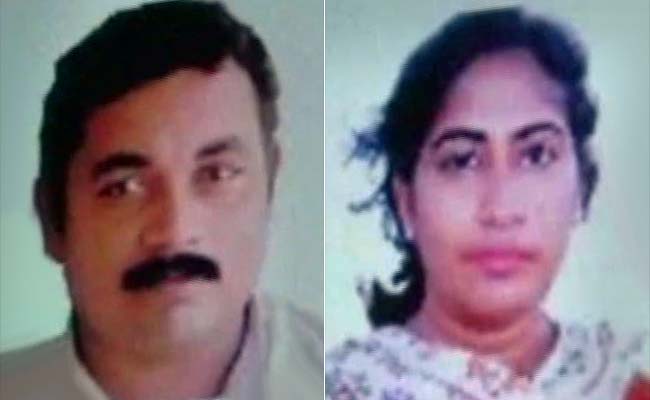 Chennai: In a move that may be the beginning of the end of the Naxal movement in Kerala, a law graduate wanted in 20 criminal cases and his wife are among five top Maoists arrested in Tamil Nadu on Monday in what has been described as a breakthrough for the police of four southern states.

Roopesh and his wife Shyna have evaded arrest for over 10 years, say the Kerala police.

They were tracked down to a bakery at a village near Coimbatore late last night, in a joint operation by the police of Andhra Pradesh, Kerala, Karnataka and Tamil Nadu.

Sources say they were having coffee when the police surrounded them.
Â
“It is a major breakthrough in anti-Maoist operations in southern states. It was the result of coordinated efforts by four states,” Kerala Home Minister Ramesh Chennithala said.

Intelligence sources say Roopesh and Shyna have led Maoists in Kerala for years and are key strategists in an armed struggle in the region. Mr Chennithala called them “Maoist kingpins” who tried to cause chaos in the south.

Besides law, Roopesh has also trained in IT and worked for a few years before going underground. He is believed to have joined mainstream Maoist activities through the students’ wing of the CPI (ML).

Others arrested on Monday night are Anup from Kerala, Veeramani from Karnataka and Kannan from Tamil Nadu.

The police are investigating the role of the alleged Maoists in at least three attacks in Kerala, in which two prominent eateries and a government office were vandalized.