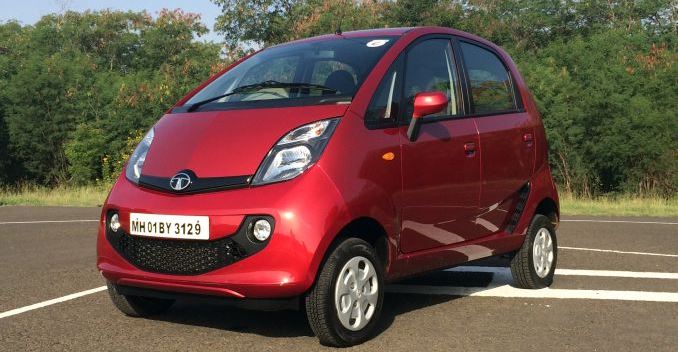 New Delhi: Tata Motors, the home-grown carmaker, has announced to launch the much-awaited GenX Nano in the Indian market on May 19, 2015. The official bookings for the car have already begun at all Tata dealerships across the nation. And, in fact, the company has also launched an exclusive campaign for its existing Nano Customers – Power of 1+1 programme. Under this programme, Nano owners will stand a chance to be amongst the first few ones to own the new GenX Nano with Easy Shift (Automated Manual Transmission).

Other than the introduction of the 5-speed AMT, the same unit that powers the Zest, the vehicle also receives some design changes. On the outside, it gets new smoke headlamps, new alloy wheels, new Tata signature grille and few other changes. Though the most noticeable change given to the vehicle is the addition of openable boot. Just so you know, the car now offers luggage capacity of 110-litres.

While the GenX nano, with its four trims – XE, XM XT and XTA (only AMT)- will replace the regular Nano in the country, the CNG eMax version will continue to be on sale. There are no mechanical changes made to the car as it continues to feature the same old 624cc, two-cylinder engine that is good for 37bhp and 51Nm.