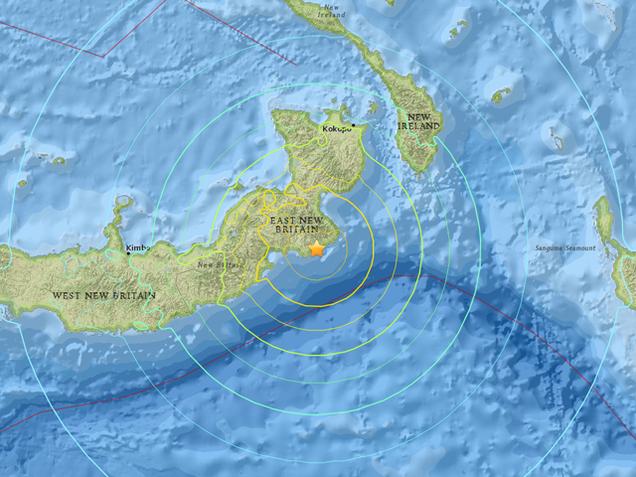 A powerful earthquake rattled the South Pacific island nation of Papua New Guinea on Tuesday, and officials warned that a local tsunami was possible.

The 7.4-magnitude quake struck about 140 kilometres south of the town of Kokopo in northeastern Papua New Guinea, at a depth of 10 kilometres, the U.S. Geological Survey reported.

The Pacific Tsunami Warning Center said hazardous tsunami waves were possible within 300 kilometres of the epicentre.

There were no immediate reports of waves being seen and no reports of damage, said Chris McKee, assistant director Geophysical Observatory in the capital, Port Moresby.

â€œThe earthquake is offshore and the nearby land areas are fairly sparsely populated,â€ McKee said.

Tuesdayâ€™s quake was centred in the same area as two earthquakes that rocked Papua New Guinea last week. Neither of those quakes caused damage or generated a tsunami, but they were slightly lower in strength and not as shallow as Tuesdayâ€™s.

Papua New Guinea sits on the Ring of Fire, the arc of seismic faults around the Pacific Ocean where earthquakes are common.