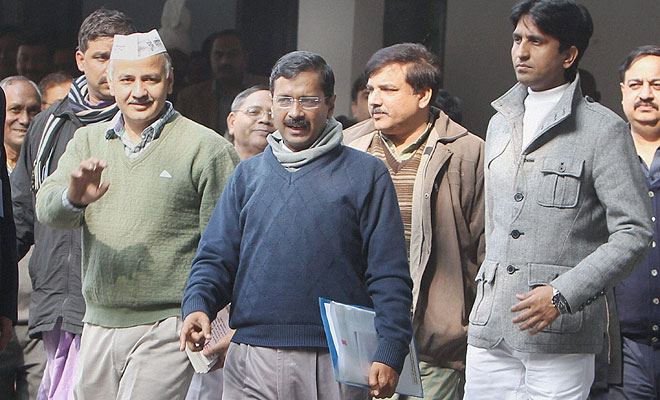 New Delhi: AAP supremo and Delhi Chief Minister Arvind Kejriwal lashed out at the media and allged that a targeted and orchestreated campaign was being carried out against his party.

Speaking in defence of party member Dr. Kumar Vishwas, Kejriwal said: “Why are you (media) targeting our children and wives?”

“We have decided to keep quiet now. Questions about our govt will be answered, won’t answer on this” Kejriwal said to a news agency in defence of Kumar Vishwas on the issue of his alleged affair.

Kejriwal clarified his stand on the matter and said the party and its members were not at fault but it was the media that wants to show him and his party in a negative light. “From past 2-3 months, some media houses are making efforts to defame AAP party & Govt,” he said.

He pleaded with the media to let the wives and children of their members be kept out of the scrutiny of the media and their investigations.

“We have been clarifying our stand on every allegation that has been put on us till date. But what has happened with Kumar has taken things to a new low,” he said, claiming Vishwas’ innocence.

He said that his party has no other option but to remain silent to the questions of the media for the sake of the sanctity of their lives and their families lives.

A storm was kicked over the incident after Vishwas’ wife took to social media to allege that her husband may be having an affair with an AAP volunteer, a claim that the accused girl has denied.

The victim of the accusation came out in the public and asked Vishwas to clarify all such rumours and that she was just a volunteer and that she had no illicit affair with Vishwas.

“All I am asking for is Vishwas deny any such allegations that he and I had an affair. I have met him and refer to him as ‘Bhaiya’ (elder brother). I do not understand why he would not come in front of the media and agree to it,” she said.

She then took her problem to the Delhi Commission for Women who have asked Vishwas and his wife to present themselves in a hearing before them so that the matter can be clarified as soon as possible.

Vishwas has denied any claims to be involved in any illicit affair with the girl but also denies any notice for a hearing being sent to him by DCW.