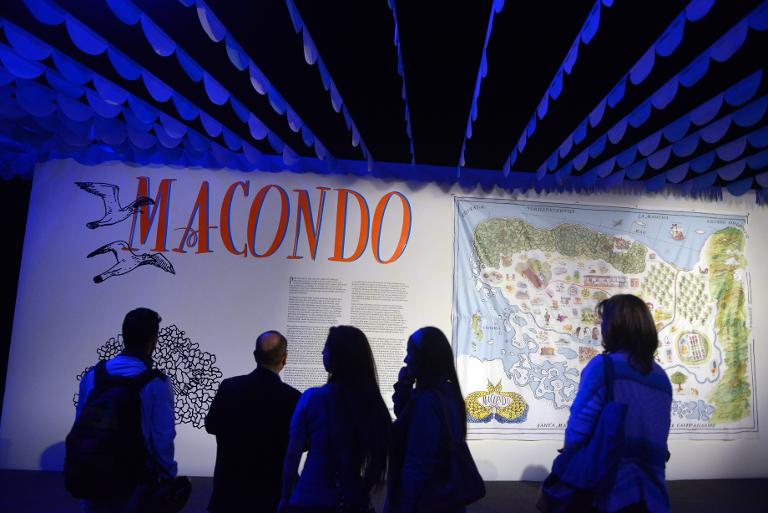 The book, one of just 8,000 copies printed in 1967 by an Argentine publishing house, was on display in a locked case as part of a pavilion dedicated to Macondo, the mythical town that features in the novel and other works by the author, who died last year.

“We’re looking at the cameras. Unfortunately there were none at the stand, but there were at the entrance to the pavilion,” he said.

About 8,000 people passed through the exhibit that day, he said.

The author had signed it: “To Alvaro Castillo, the old book-seller, as yesterday and always. Your friend, Gabriel.”