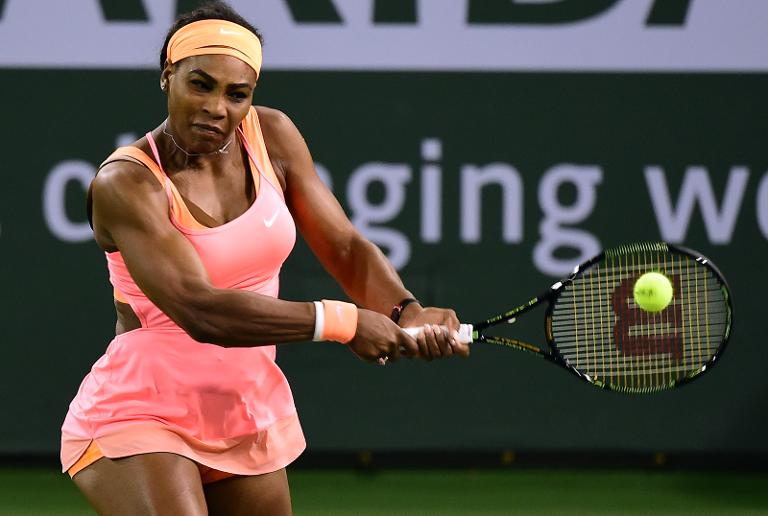 World number one Serena Williams extended her unbeaten record this season to 22 matches with a routine 6-4, 6-0 win over Sloane Stephens to move into the third round of the Madrid Open on Monday.

Williams hasn’t been beaten in the Spanish capital since 2010 and was never troubled by her fellow American as she booked her place in the last 16 in under an hour on court.

The 19-time Grand Slam champion will face either Victoria Azarenka or Ajla Tomljanovic in the third round on Wednesday.

“She’s such a tough player. I’ve never won a 6-0 set against her before, and I don’t think I can ever do that again,” said Williams.

“Today I thought to myself, ‘Wow, this is one of the reasons I love this surface.’ It just gives you so many chances to get in the point and play yourself into the match. I really love playing on the clay.”

Caroline Wozniacki set up a third round meeting with Agnieszka Radwanska as her promising start to the clay court season continued with a 7-5, 6-0 win over American qualifier Christina McHale.

The world number five reached the final in Stuttgart last month and had too much for McHale after battling back from 4-2 down in the first set.

Radwanska had an even more comfortable route into the last 16 as she needed just over an hour to dispose of Australian Casey Delacqua 6-2, 6-1.

The Pole is playing her first tournament since ending an ill-fated four-month spell with 18-time Grand Slam champion Martina Navratilova as her coach.

Wozniacki leads the head-to-head between the pair 7-4, but this will be their first meeting on outdoor clay.

There will also be a battle of former US Open champions in the last 16 as veterans Samantha Stosur and Svetlana Kuznetsova face off.

Kuznetsova battled past home favourite Garbine Muguruza 6-3, 5-7, 7-5 after over two-and-a-half hours on court, whilst Stosur eased past Estonia’s Kaia Kanepi 6-3, 6-2.

Big-serving Americans John Isner and Sam Querrey booked their places in the second round of the men’s event.

US Open champion Marin Cilic won just his third match of the year with a 7-5, 6-1 victory over Jiri Vesely.