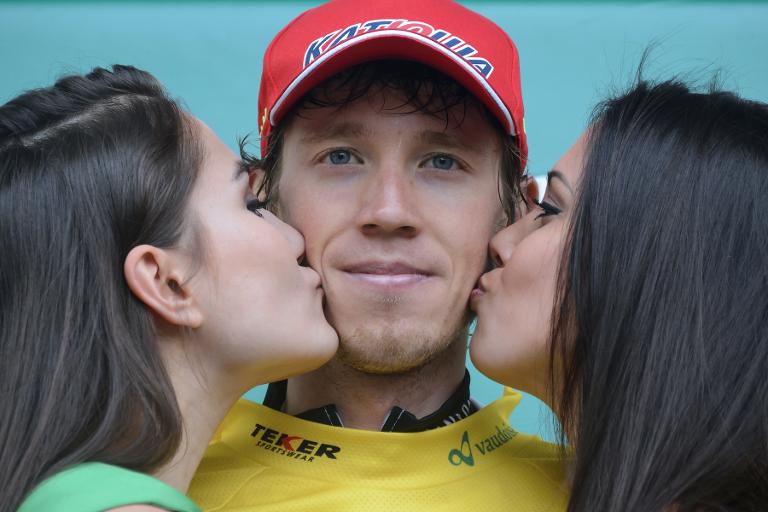 Surprise Tour de Romandie winner Ilnur Zakarin is to compete in the Giro d’Italia, set to start Saturday, in what will be his maiden start in one of the prestigious Grand Tours.

The Russian rider, 25, made a name for himself on the world stage this year with a ninth place finish in the Tour of the Basque Country before his unexpected victory in Switzerland at the weekend, where he finished second in a hilly fifth stage and third in the final time-trial.

Zakarin, whose previous best results never suggested he could be a contender in a race of this quality, even overcame a technical problem which obliged him to change bikes five kilometres from the finish to take the prestigious prize on the final day.

The Katusha all-rounder had previously been suspended for two years in 2009 by the Russian cycling federation after he had tested positive for the anabolic steroid methandienone.

The 2007 European Road junior champion will head to Italy to gain valuable experience.

This year’s Giro starts on Saturday with a team-time trial of 17.6 km from San Lorenzo al Mare to San Remo and will end on May 31 in Milan. It will be seventh time Team Katusha competes in the Giro d’Italia.