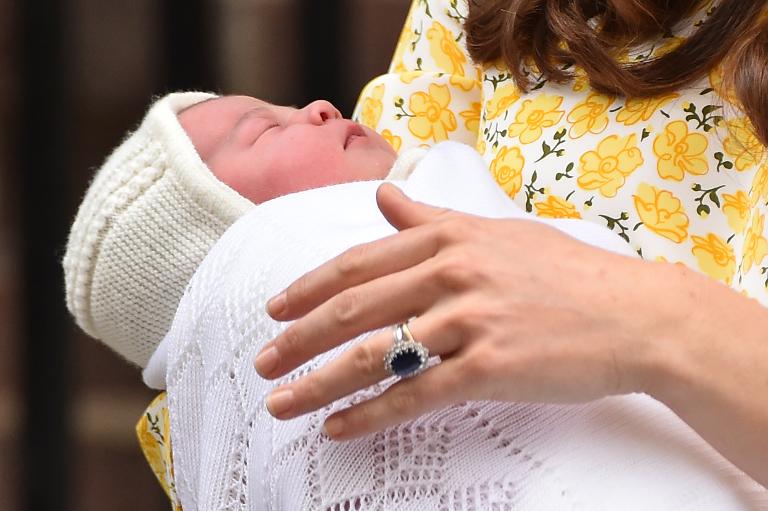 Queen Elizabeth II met her new great-granddaughter for the first time on Tuesday, visiting the three-day-old and her parents Prince William and Kate at Kensington Palace.

Princess Charlotte Elizabeth Diana, who was born on Saturday, was named in tribute to the 89-year-old monarch as well as William’s mother Diana, who died in a car crash in 1997.

The queen was “delighted” at the news of the birth, palace officials said at the time.

Despite their royal status, William, 32, and Kate, 33, were required to officially register the birth of their daughter like any other new parents in Britain.

The baby’s full title, Her Royal Highness Princess Charlotte Elizabeth Diana of Cambridge, comes from her parents, who are official known as the Duke and Duchess of Cambridge.

Charlotte is the feminine form of the name of William’s father Prince Charles, the heir to the throne.

The little princess is fourth in line to the throne after her elder brother George, who will be two in July, her father and her grandfather Charles.

Charles and his wife Camilla visited the newborn on Sunday, as did Kate’s parents, Carole and Michael Middleton, and her younger sister Pippa Middleton.