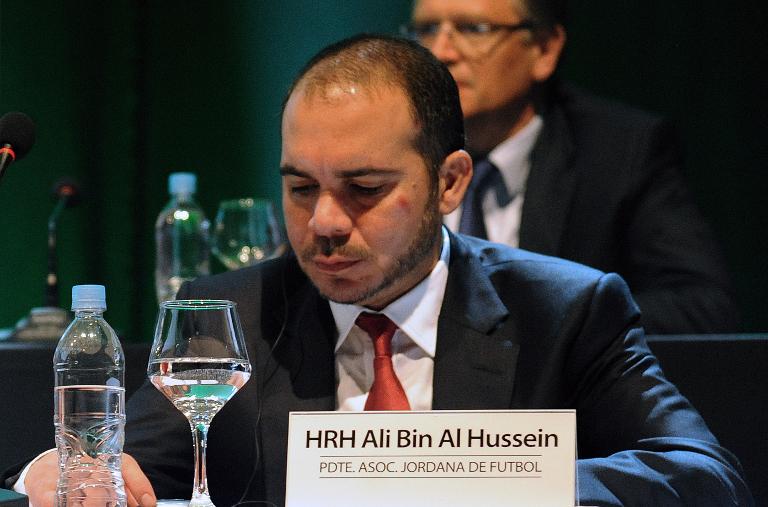 FIFA vice president Prince Ali bin al Hussein on Tuesday vowed to stay in the campaign to be leader of football’s world body “until the end” following speculation that he could withdraw.

The 39-year-old Jordanian royal is one of three challengers to FIFA president Sepp Blatter facing an uphill challenge against the Swiss veteran in an election on May 29.

The prince, Dutch Football Association chief Michael van Praag and former Portugal star Luis Figo have all said an accord may be necessary to pick one candidate against Blatter.

But Prince Ali said in a statement he will stay in the presidential race “especially after the supportive and positive responses from the football federations he visited in different countries, and the warm welcome his manifesto has received worldwide.”

“I will continue the race until the end,â€ Prince Ali said.

The prince said the statement followed social media speculation that he would consider withdrawing to back a single challenger.

He said he is still visiting football associations around the world to get support for his campaign to “change the reputation of FIFA.”

The prince told the BBC in an interview that “at some point” there would have to be a discussion on a single challenger.

Blatter, 79, is strong favourite to win a fifth term at the head of the world’s most powerful sporting federation.

The prince, van Praag and Figo have been campaigning for change following scandals including over the award of the 2022 World Cup to Qatar.

The prince said this week that FIFA has to be “more open, more transparent.”

The election will be held at the FIFA Congress in Zurich on May 29.