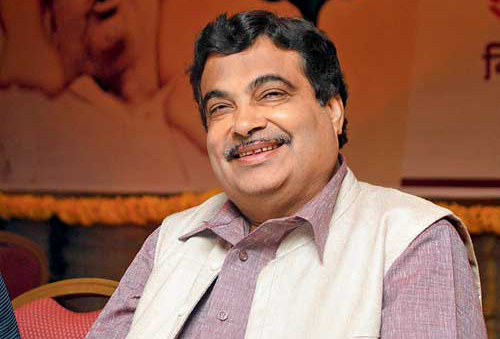 New Delhi: India has had the distinction of teaching the world science and scientific techniques since time immemorial. So, when a Union Minister shares a gardening technique, one should stop and listen, even if it is bizzare.

Union Minister Nitin Gadkari on Monday shared a gardening tip that may not impress his neighbours, including Congress president Sonia Gandhi, but is quite the sensation on social media.

Gadkari revealed that he once used his own urine on plants in his lawns at his 2, Motilal Nehru Marg residence, a bungalow that used to be the office of the former National Advisory Council headed by Sonia Gandhi and is just across the road from her 10, Janpath home.

“I collected my urine in a small plastic can. And after collecting all of it in a 50-litre can – I have a big bungalow in Delhi. It used to be Madam Sonia Gandhi’s bungalow. I have some one acre of farming land in my compound in the bungalow,” Gadkari is heard saying in a video uploaded on YouTube.

“There are some crops as well as some trees there. I called the gardener and instructed him to water some plants with this. And I’m telling you, there was such a big difference, they grew one-and-a-half times bigger than other plants,” he boasted.

He had begun his anecdote with a disclaimer: “I feel a little awkward but I will tell you about it. Please do not misunderstand. I have done an experiment.”

Gadkari was addressing a workshop organized by his party, the BJP, on fighting drought.

He advised the gathering to keep storing urine in a can as it has urea and nitrogen compounds in it “If you water an orange tree with this, you will observe its growth rate,” he said.

The comments have fueled a frenzy of jokes and comments on Twitter.