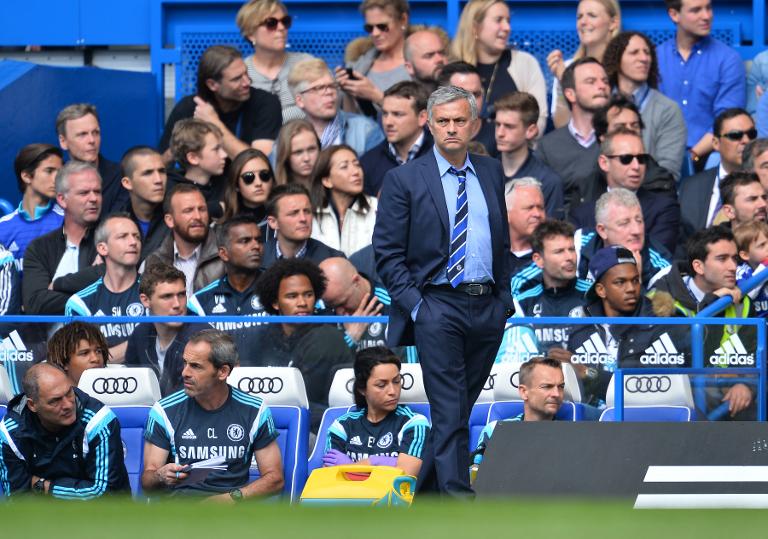 Chelsea boss Mourinho guided the Blues to the English title on Sunday following a 1-0 victory at home to London rivals Crystal Palace.

It was the third time the 52-year-old Mourinho, now in his second spell as Chelsea manager, has brought the Premier League title to Stamford Bridge following the 2004/05 and 2005/06 triumphs the Portuguese boss enjoyed during his initial period in charge.

Ferguson was 51 when he guided United to the inaugural Premier League title but Mourinho, who has also enjoyed domestic title success in his native Portugal, as well as Italy and Spain, dismissed talk of equalling the record of the retired Scot.

“I have a long way to go, but Sir Alex left the bar in an impossible position for anyone. I cannot win 13 Premier Leagues,” Mourinho told BT Sport, in an interview to be broadcast later Monday.

In addition to his three titles with Chelsea, Mourinho enjoyed two championship wins with Porto in Portugal, two with Inter Milan in Italy and one with Spanish giants Real Madrid.

Meanwhile, Chelsea captain John Terry said the club’s first Premier League title in five years would usher in a new era of success for the west London side.

Chelsea stalwart Terry, set to lift the Premier League trophy for the fourth time on May 24, has spent his entire professional career with the Blues and has been on the field for every minute of their 35 league matches so far this season.

“This is the start of a new group, a new era and for sure this current group are going to go on to win many more trophies for the club,” Terry told Chelsea TV.

“This is a tough trophy to win. It’s been five years since we won it. It will take a few days to sink in,” the 34-year-old former England central defender added.

“It’s been a long time. We’ve been great this season, fully deserve it. Absolutely delighted to get it.”

Terry, who has won 14 major trophies, hailed Mourinho’s influence, saying critics who accused Chelsea of playing “boring” football were wide of the mark.

“He’s been brilliant,” Terry said of the Chelsea manager. “He deserves a lot more respect as well.

“We’ve been top since day one. It’s a big feat to do that. We’ve done it right from the start.

“He deserves an awful lot of credit, and his team around him. Teams come here and make it difficult, sit behind the ball.

“He finds a way to break them down. That’s why he’s the best. We love working with him.”