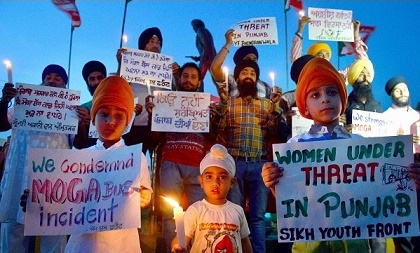 Chandhigarh:Â Punjab government on Tuesday appointed V K Bali (Retd) Chief Justice to enquire into the Moga molestation incident and asked the officials to submit the recommendations within a period of two months.Â

A notification to this effect was issued under the Commission of Inquiries Act, adviser to Punjab Chief Minister Harcharan Bains said.Â

The government has also decided to constitute a committee under the chairmanship of a retired High Court Judge to make recommendations regarding safety of general public, especially women and children traveling in public transport.Â

The Committee shall be assisted by the Principal Secretary Transport, State Transport Commissioner and ADGP Traffic, Bains added.Â
Â
A woman and her teen-aged daughter were allegedly molested and thrown off a running bus, leaving the girl dead and mother seriously wounded, near Gill village on Moga-Kotkapura road on April 30.