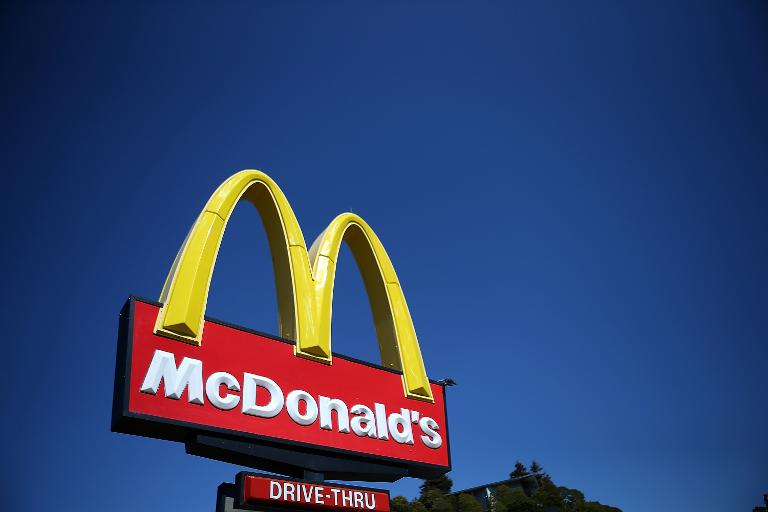 The global giant, which has languished amid rising concerns about obesity and food quality, will sell off more company-owned restaurants to franchisees, restructure its international operations and cut costs.

The chain is also testing plans to let customers customize dishes and an experiment with all-day breakfast in the key US market.

“The reality is our recent performance has been poor,” chief executive Steve Easterbrook admitted.

“This is a global turnaround. We have to modernize our approach and run the system differently.”

The creators of the famed “Big Mac” said the chain would likely tweak core menu items, citing a March announcement to limit chicken raised with antibiotics, which Easterbrook said had been popular with customers.

The company vowed to become more transparent in response to concerns about food quality.

“There are perceptions and there are misperceptions out there,” Easterbrook told an analyst conference call.

“Consumers tastes are changing… and therefore we’ve got to be seen to be moving with them.”

– Competition on all sides –

The measures unveiled Monday were billed as the first step in a turnaround.

In January, McDonald’s announced it was installing Easterbrook as chief executive, replacing Donald Thompson, who was unable to reverse a trend of sliding sales.

It faces rising competition, not only from traditional rivals like Wendy’s and Subway, but from higher-end chains like Chipotle, Panera Bread and Shake Shack, which went public in January by positioning itself as a burger chain with better-quality ingredients.

Easterbrook highlighted the need to establish McDonaldâ€™s as a “modern, progressive burger company.”

He said he would prod employees throughout the system to push “little more quickly and a little more accurately” to improve the dining experience.

Among the bigger changes, the US fast-food burger giant said its overseas markets will be organized by their maturity within the McDonald’s system, rather than by region.

Its current structure splits markets outside its home US market into Europe, Asia-Pacific, the Middle East and Africa.

The “high-growth” segment will be those with higher expansion potential, including China, Italy, Switzerland, Russia and South Korea.

Remaining regions will go into the “foundational” markets unit.

The new system will enhance communication between McDonald’s officials in Australia and markets like Britain, with which it has more in common than a closer regional market, such as China.

In addition, McDonald’s said the company would franchise 3,500 restaurants by the end of 2018, lifting the share of franchised units — those not owned by the company — from 81 percent to 90 percent worldwide.

Easterbrook said he became a strong believer in franchising after growing the model in Britain from 35 percent to 65 percent franchised restaurants within five years.

“That was just a really strong contributor to driving energy in the ownership and accountability,” he said.

“Based on this presentation, I’d defy anyone to figure out what they want the brand to be when it grows up,” Light, now with marketing firm Arcature, told CNBC.

Analysts from Morgan Stanley said in a note that the plan “makes sense to us as the only real way to fix the brand is to get more people to eat their hamburgers more often.”