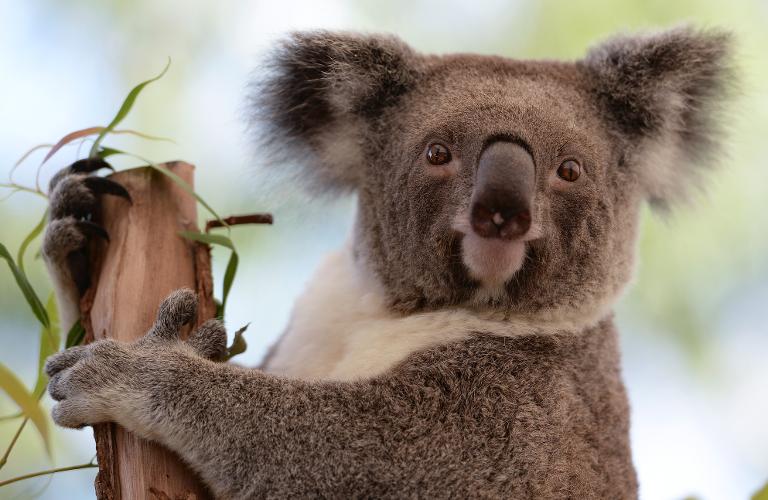 An inquisitive koala nicknamed “Blinky Bill” has sauntered into the emergency department of an Australian hospital, exploring the waiting room for several minutes before wandering back out.

The unexpected visit, captured on CCTV, delighted health workers and has gone viral on Facebook.

Western District Health Service chief executive Rohan Fitzgerald said the furry animal was “very casual” when he marched into the facility in Hamilton town about 300 kilometres (185 miles) west of Melbourne.

“He was a koala that knew his own mind,” Fitzgerald told AFP.

“He came in around about 3.27am, the electronic eye on the doors picked him up and he accessed the waiting room by himself.

“That was his experience in the hospital’s emergency department.”

The incident happened on April 20 but the video was only posted on Facebook late Monday. It has since been viewed more than 40,000 times, with American television networks running the footage.

Fitzgerald said animals were known to enter the backyards of homes in the area, but he had never seen one as brazen as “Blinky Bill” — named after an Australian cartoon koala popular in the 1930s.

“Blinky Bill was a little koala. He was quite mischievous and he liked to go and explore things… he’s a bit of an Australian icon really, as far as koalas go,” he said.

The much-loved koala has been under increasing threat across Australia in recent decades, particularly from habitat loss, disease, dog attacks and bushfires.

The Australian Koala Foundation estimates there are now fewer than 100,000 of the animals left in the wild.