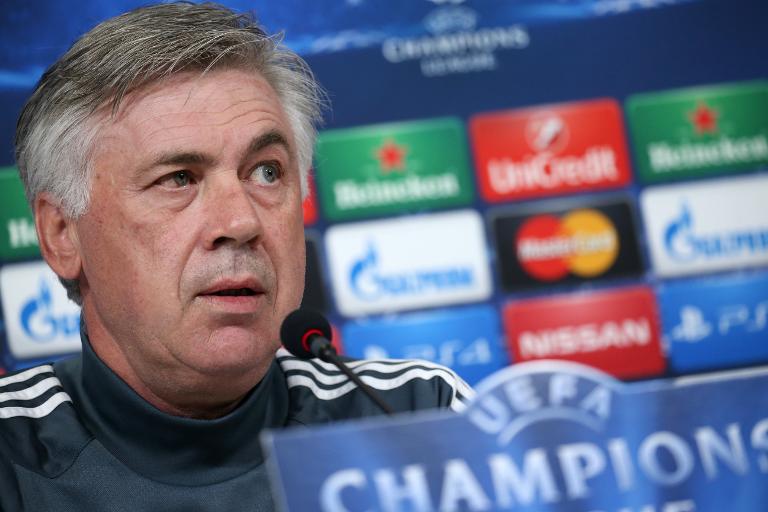 Real Madrid coach Carlo Ancelotti has brushed off suggestions Juventus will be easy opponents when the sides meet on Tuesday in the first leg of their Champions League semi-final in Turin.

Real are widely expected to cruise to this year’s final in Berlin having claimed a record 10th title last year with a 4-1 hammering of city rivals Atletico Madrid.

But Ancelotti, who coached Juventus for two largely fruitless seasons at the start of his coaching career, believes the Turin giants have not reached the last four by chance.

“If you get to the semi-final it means you deserve it. There’s only four teams in it now and we all have the chance to win it,” Ancelotti told reporters at Juventus Stadium on Monday.

“This is the Cup of champions — who dares wins and who is fearful loses.”

Real, who will be without injured France striker Karim Benzema, and Juventus have met a total of 16 times in Europe and between them have played in 20 European Cup finals.

The major difference is, Real have won 10 trophies in the competition while Juventus have won only two of the Champions League finals in which they appeared, in 1996 and 1985, finishing runners-up five times.

Having secured their 31st Serie A title on Saturday thanks to a 1-0 win at Sampdoria, Massimiliano Allegri’s men remain on course for a treble of trophies this season.

And Ancelotti said the Spanish giants, who drew 2-2 with Juventus on their last visit to Turin in last season’s group stages, would not be taking anything for granted.

Ancelotti added: “Allegri has done some great work and added some balance to a team that had already achieved great things.

“They won the league last Saturday and so they’re playing with confidence right now. They also have really good players — that is the strength of this team.

“Juve have a good record in Europe, so from this point of view it won’t be easy.”

While missing the firepower of Benzema, Ancelotti has confirmed that Welsh winger Gareth Bale is fully fit following his recent recovery from a calf problem.

Bale played the last half hour in a 3-2 win over Sevilla at the weekend, where a hat-trick from Cristiano Ronaldo kept Ancelotti’s men within touching distance of La Liga leaders Barcelona.

“Bale is 100 percent and will play,” confirmed Ancelotti, who also insisted Real have gotten over an uncertain spell earlier this year.

“We had some minor problems in January and February but right now the team is doing well, the players are confident.”

Real remain in contention to become the first team to claim successive Champions League titles, Milan having last achieved the feat while it was still known as the European Cup, in 1990.

Ancelotti added: “Our motivation comes from trying to be competitive in all competitions. We have the chance to win a second successive Champions League — nobody has had the opportunity to achieve this.

“We are really close to another final and we’ll try to do our best.”