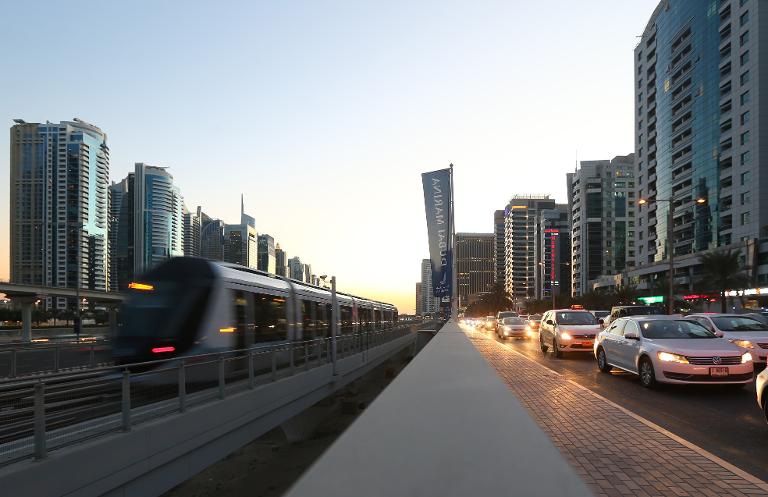 Gulf oil exporters must reduce spending, including subsidies, and diversify their economies to cope with lower revenues caused by the sharp drop in crude prices, the International Monetary Fund said.

The wealthy monarchies, however, should “not react in a knee-jerk way to lower oil prices”, the IMF Middle East and Central Asia chief Masood Ahmed told AFP in an interview Monday.

They would be better off to “adjust gradually” using the large financial reserves they have accumulated during several years of bumper oil receipts, he said in Dubai.

But as oil prices have dropped lower than budgeted breakeven levels, “it is important that they gradually, but in a determined way, progressively reduce their spending (and) consolidate their fiscal position,” Ahmed said.

Oil prices have shed half of their value since June 2014, and are expected to be lower than the breakeven point for Gulf countries in the next three to four years.

A combined budget surplus for 2014 of $76 billion is expected to turn into deficit of $113 billion this year, the IMF said in its latest regional report.

The forecast did not account for fallout from the conflict in Yemen, where a Saudi-led coalition launched in March an air campaign against Iran-backed Shiite rebels in support of exiled President Abedrabbo Mansour Hadi.

“They need to act to reinforce their efforts to diversify their economies to become less dependent on oil,” said Ahmed, pointing out that many have already taken such measures.

“The UAE is more advanced in terms of diversification. The others also are in varying degrees trying to encourage private sector activity outside the oil area.”

GCC countries were also urged to cut energy subsidies in a bid to minimise public spending and trigger a change in consumer behaviour.

“Most GCC countries still have the domestic sale price for energy products below the international prices… We think that over time it is important to tackle the issue of energy subsidies to reduce them,” Ahmed said.

Gulf countries should also contain salary growth in the public sector, which usually employs nationals as opposed to the private sector that depends on millions of foreigners.

In addition, GCC countries would need to prioritise investment projects that “most advance the development agenda,” said Ahmed.

Oil-export revenues for GCC countries are forecast to be $280 billion lower this year than a year ago.

With the exception of gas-rich Qatar and Kuwait, all GCC states are expected to face budget deficits this year, said Ahmed, adding this could persist for two or three years.

“The important thing to recognise is that GCC countries have built up financial buffers that put them in a very strong position to be able to use these saving to finance expenditure and to have a gradual decrease in spending over the coming years,” he said.

This in turn would minimise the economic impact of the drop in oil prices.

GCC states are estimated to have foreign reserves of about $2.5 trillion.

“The impact on (economic) growth is quite limited,” said Ahmed.

The IMF has forecast GCC countries to grow as a group at 3.4 percent in 2015, one percent down from earlier predictions, mainly because of a slowdown in non-oil growth in response to lower oil prices.