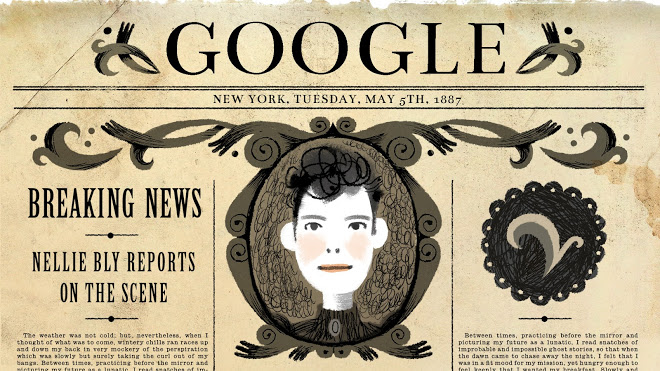 New Delhi:Â Google is commemorating the 151st birthday of Nellie Bly, an American journalist known for her record-breaking trip around the world in 72 days.

She was born as Elizabeth Jane Cochrane, and Google’s latest musical doodle narrates the journey of the reporter with Karen O’s ‘Nellie’ playing in the background.

Bly was a pioneer in her field and launched a new kind of investigative journalism. In addition to being a journalist, Bly was also an industrialist, inventor, and charity worker.

She is also known for her exposÃ© in which she feigned insanity to investigate the reports of harsh treatment given to women at a mental asylum.

Her report, later published in a book form as Ten Days in a Mad-House, caused a sensation and brought her lasting fame. She was 57 when she died in 1922.

The latest animated doodle has been created by Katy Wu.