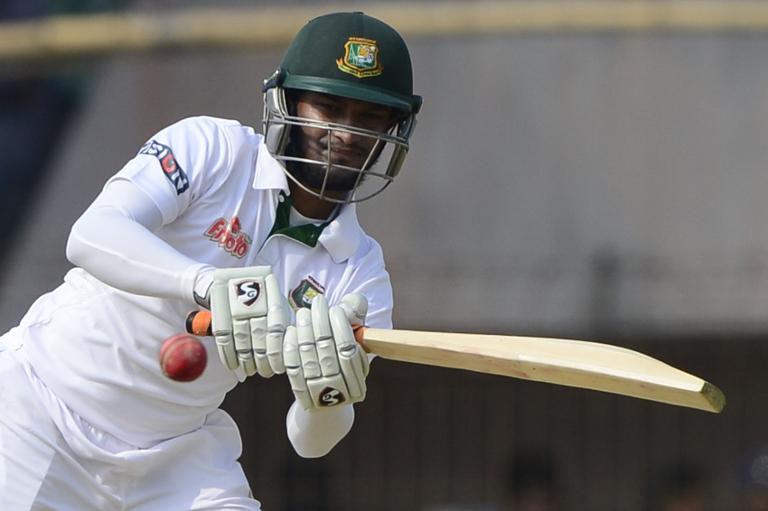 Bangladesh hope to build on their new-found confidence by securing their first-ever Test victory over Pakistan when the second and final match starts in Dhaka on Wednesday.

The Tigers are buoyed by a remarkable fightback in the drawn first Test in Khulna, where they avoided defeat for the first time in nine matches against Pakistan despite trailing by 296 runs on the first innings.

The gallant display followed their dominant form against the struggling tourists in the limited-overs contests. The hosts swept the one-day series 3-0 and easily won the lone Twenty20 international.

In Khulna, Bangladesh showed their batting prowess as Tamim Iqbal hit his nation’s highest score of 206 and shared a 312-run opening stand with Imrul Kayes (150) in the crucial second innings.

Bangladesh’s only series wins since gaining Test status in 2000 have come against fellow wooden-spooners Zimbabwe and once against an under-strength West Indies.

Captain Mushfiqur Rahim said his team would go into the match at the Sher-e-Bangla stadium staying positive that victory can be achieved.

“We have one goal and that is to win the final Test of the series,” said Rahim. “We will do whatever it takes to win and everyone is working hard towards it.

“We have played good cricket over the last month and it would be great to finish the series on a high.”

Rahim said he was fit to keep wicket after hurting a finger on the right hand while attempting a catch in Khulna. He batted in the second innings but was dismissed without scoring.

“I kept wicket at the nets today and felt good,” he said on Tuesday. “I will test myself again before the toss because I want to make sure I am ready to do the job well.”

But the hosts will be without strike seam bowler Rubel Hossain, ruled out due to a side strain.

Both Rahim and his Pakistani counterpart Misbah-ul Haq said the pitch in Dhaka was different from the featherbed in Khulna, on which just 26 wickets fell during the high-scoring draw.

“This pitch looks to have more pace and bounce from the one in the first Test,” said Misbah. “There will be something for everyone and I hope we are going to get a result in the match.”

Misbah predicted a close contest, with both teams desperate to prove themselves.

“There is no doubt Bangladesh are playing well but no side will start as favourites,” he said. “The focus for us should be to forget what happened in the past and think of what awaits us.”

Misbah would not confirm whether Saeed Ajmal would take the field after being ignored for the third one-dayer and the Khulna Test, but was confident his star off-spinner would soon be back to his best.

Ajmal, who returned to international cricket with a remodelled action in the preceding limited-overs series, failed to impress with just one wicket in three games on the tour.

“I think Ajmal is the kind of guy who can come good anytime,” Misbah said.

Pakistan have brought in all-rounder Bilawal Bhatti to replace seamer Rahat Ali, who had been ruled out ahead of the first Test due to a hamstring injury.