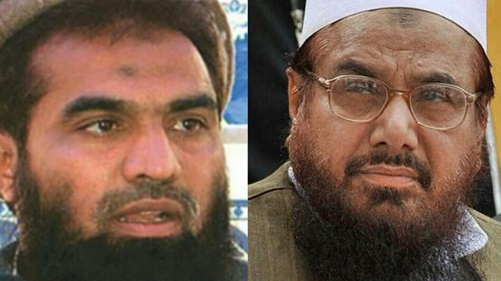 Despite the world knowing that Zaki-ur-Rehman Lakhvi was the one who plotted the 26/11 Mumbai Terror attacks, heâ€™s given utmost respect by a certain section that perhaps doesnâ€™t know what itâ€™s thinking.

One such case was opposed all guns blazing when the Bharatiya Janata Party (BJP)Â on TuesdayÂ lashed out at Jamaat-ud-Dawa (JuD) chief Hafiz Saeed over his remark that Zaki-ur-Rehman Lakhvi is â€˜innocentâ€™. The party said his certificate confirms that the Lashkar-e-Taiba (LeT) leader is the mastermind of the 26/11 Mumbai terror attacks.

BJP spokesperson GVL Narasimha Rao termed the certificate given by Saeed to his fellow terrorist as immaturish and very intriguing.

“Hafiz Saeed is himself among the dreaded terrorist that the world has already notified. And his clean certificate to Lakhvi, who was the real mastermind behind the 26/11 terror attacks, I think shows the connection and the extensive network of terrorist that pervades Pakistan as a country,” Rao said.

“I think Hafiz Saeed has absolutely no locus standi, his certificate only goes confirms that Lakhvi is the mastermind of 26/11. If anybody had any doubt in mind, here is the proof,” he added.

The JuD chief had said that India was trying to put pressure on Pakistan through the UN and the US to punish Lakhvi for the 2008 Mumbai attacks.

According to reports, Saeed said that Lakhvi is innocent as there has been no evidence against him for his involvement in the Mumbai attack case.

The JuD chief’s comments came after New Delhi took up Lakhvi’s matter with the UN.