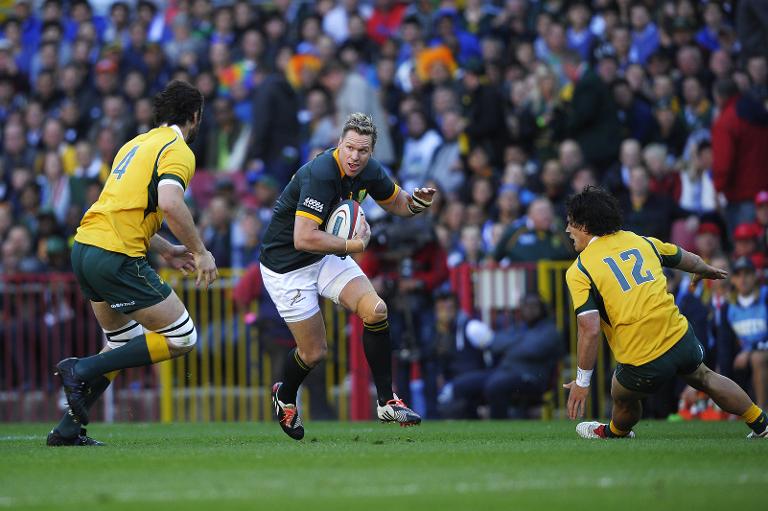 The wear and tear of Super 15 rugby was evident at a Johannesburg college Monday as South Africa held their first pre-World Cup training camp.

Of the 44 players who gathered under national coach Heyneke Meyer for a four-day get-together, 19 could not train and five took part in only some drills.

All were in Johannesburg, and so was chief injury concern, centre and skipper Jean de Villiers, who suffered serious knee damage during a Test defeat in Wales last November.

“We do not risk injured players at camps — no one has picked up an injury at one,” stressed Meyer as he kick-started the countdown to the September 18-October 31 World Cup in England.

“I knew many players would not be able to train, which is why we invited a big group to this camp, and to one in Cape Town later this month.

“Injuries are part of the game and one of our main aims in the last few years has been to create depth in every position.

“There is not one player we invited to this camp who is not good enough to play for South Africa.”

The green and gold then face Australia away and title-holders New Zealand and Argentina at home in a Rugby Championship trimmed from six rounds to three because of the World Cup.

A non-Championship Test in Argentina on August 15 completes the match schedule before tackling Japan, Samoa, Scotland and the United States in Pool B at the World Cup.