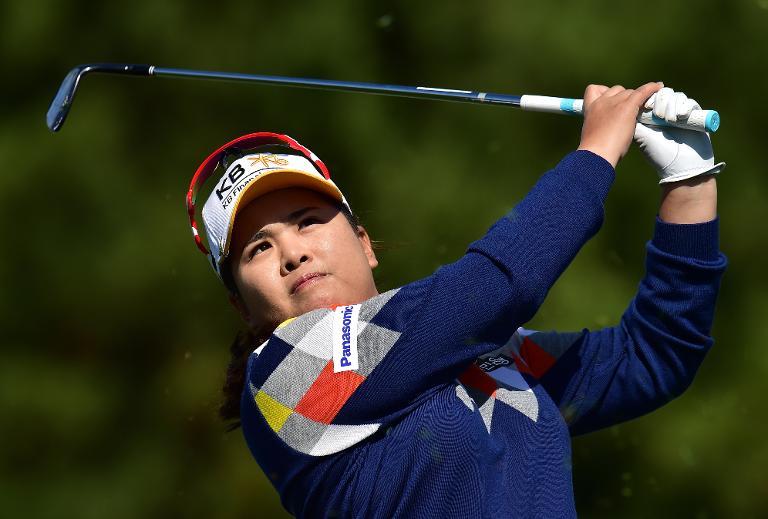 Her 15-under par total of 269 put her three strokes in front of fellow South Korean Park Hee-Young and US veteran Cristie Kerr.

“I played really solid, the ball-striking was solid, I putted really good all week this week,” the winner said. “It’s been the best I’ve putted this season. I’m really excited my putting is back.”

American Lexi Thompson, who shared the third-round lead with Park In-Bee, faded to a share of fourth with a two-under 69 for 11-under 273. She was joined by Maria McBride, who closed with a 66.

American Angela Stanford (69) ended alone in sixth on 10-under 274. Last year’s winner Stacy Lewis finished in a tie for seventh with Juli Inkster and Karrie Webb on nine under 275.

Park, who won the HSBC Women’s Champions earlier this year, joined world number one Lydia Ko and Kim Sei-Young as the only players with multiple wins on the LPGA tour this season.

Hers was the seventh victory by a South Korean player in 2015, and the win gives her of a fourth straight season with multiple victories.

Park In-Bee got off to a quick sart, taking the outright lead with a 20-foot birdie putt at the second hole.

She was still one stroke up after a birdie from a bunker at the par-five third, but Thompson and Park Hee-Young both briefly tied the lead before Park In-Bee regained a one-shot edge with a birdie at the ninth.

That lead doubled with her birdie at 12, and she stretched it to three with a 10-foot birdie at 15.

Park Hee-Young pulled one stroke back but could get no closer, and Park In-Bee’s secure the win by three when she hit her third shot at 18 to three feet, and rolled that in for birdie.

“I knew I was like two shots ahead going into the last, but you just don’t know what’s going to happen with what happened to me in Hawaii,” said Park In-Bee, who lost to Kim Sei-Young in a playoff at the Lotte Championship two weeks ago.

“I really tried to play hard until the end and it was a really good day out there today for me.”