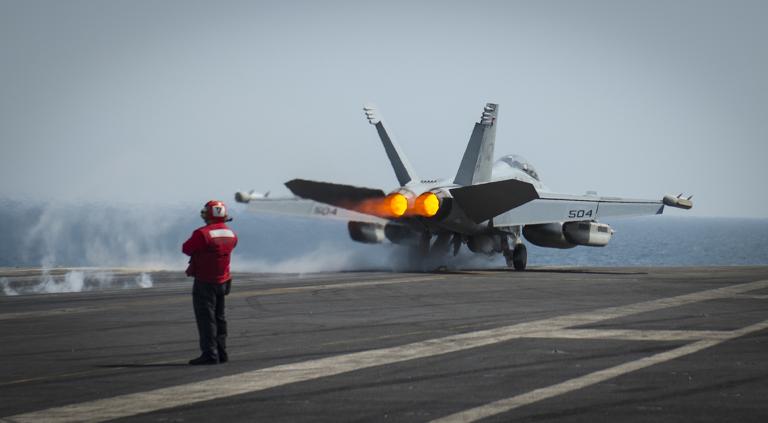 The US military denied a report that strikes led by Washington had killed at least 52 civilians in northern Syria earlier this week, saying those killed were actually fighters.

Syrian Observatory for Human Rights monitor director Rami Abdel Rahman had told AFP that seven children were among the dead from US-led coalition strikes overnight Thursday into Friday on the village of Birmahle in Aleppo province.

He had warned the toll could rise as rescuers were battling to save 13 people trapped under rubble.

“US Central Command can confirm that Coalition forces conducted airstrikes in the vicinity of Birmahle, Syria, on April 30, destroying several ISIL fighting positions and striking more than 50 ISIL fighters,” command spokesman Major Curt Kellogg said in a statement, using an acronym by which the Islamic State group is known.

“We currently have no indication that any civilians were killed in these strikes.”

Kurdish militiamen and Syrian rebel fighters were clashing with IS fighters in a town roughly one mile (two kilometers) away from Birmahle at the time of the strikes.

“We have significant mitigation measures in place within the targeting process and during the conduct of operations to reduce the potential risks of collateral damage and civilian casualties.

“We work extremely hard to be precise in the application of our airstrikes and take all allegations of civilian casualties very seriously.”

Abdel Rahman had indicated that the village is inhabited by civilians only with no IS presence.

Air strikes by the international coalition have supported Kurdish militias fighting IS in Aleppo province, most notably in the flashpoint border town of Kobane, which is near Birmahle.

Backed by the strikes, Kurdish fighters drove fighters out of Kobane in January.