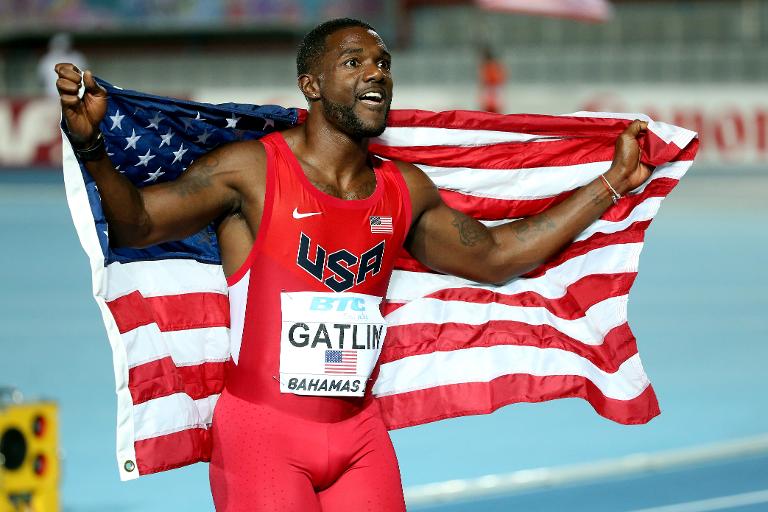 The United States and Jamaica showed off their amazing strength in track depth by dominating the second and final day of the IAAF World Relays.

Although in-form sprinter Justin Gatlin failed in his bid for a second gold, the Americans won four of the six events raced at a packed Thomas A. Robinson Stadium in the capital of the Bahamas in warm, windy conditions.

While sprint star Usain Bolt was an absentee from Jamaica’s victorious men’s 4x200m team — even though he had been seen warming up — Veronica Campbell-Brown held it together for the Jamaican women to see off Carmelita Jeter in the 4x100m.

“We came to execute our race and win the race,” Campbell-Brown said. “We passed the baton around and ran to the line.”

There was no double joy for Gatlin after his success in part of the American 4x100m squad as his quartet were disqualified from the men’s 4x200m relay, won by the Bolt-less Jamaica in 1min 20.97sec.

The Jamaicans overcame a botched baton change between Nickel Ashmeade and Rashid Dwyer to steam through, Gatlin finishing strongly but later ruled out.

“It was an exciting win,” said Ashmeade. “We came here with a strong team. We’re all focusing on Beijing (world championships) and we had a great start to the season to build on.”

The United States went on to break local hearts by taking the men’s 4x400m, LaShawn Merritt outstripping veteran Chris Brown on the final leg for victory in 2min 58.43sec. The Bahamas, the reigning Olympic champions, finished second ahead of Belgium.

Sanya Richards-Ross won her second gold of the weekend. After her efforts in the distance medley, she helped steer a US team including Phyllis Francis, Natasha Hastings and Francena McCorory to victory in the 4x400m in 3min 19.39sec ahead of Jamaica and Britain.

Ben Blankenship’s gamesmanship up against Timothy Cheruiyot on the final leg, after Brandon Johnson’s powerful run on the third leg, paid off handsomely against the second-placed Kenyans, with Australia finishing third.

The winning time of 9min 15.50sec was credited as a new world record time in the rarely-run event.