Home Politics The Monk who made Modi 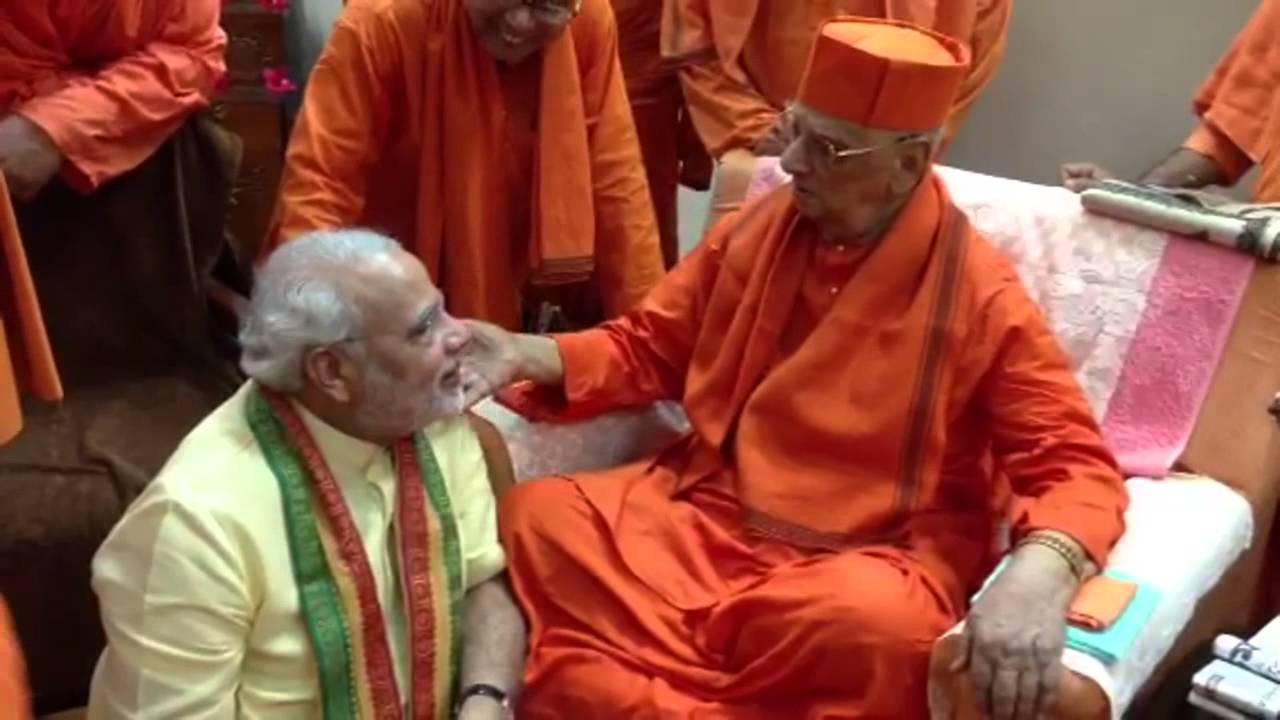 New Delhi: Very little is known about Prime Minister Narendra Modiâ€™s personal life before he entered the political fray. His past is much debated as his story of a tea-seller who became PM has been the mainstay of his political campaign.

Prime Minister Narendra Modi will visit Swami Atmasthanand Maharaj, the 97-year-old head of the Ramakrishna Math and Mission Order, when he lands in Kolkata next week for a day.

“Modiji treats him as his guru and wants to meet him since our Maharaj has grown very old and is in hospital for a long time. When both of them were in Rajkot, Modi used to go to him to seek guidance,” Subirananda Maharaj, assistant secretary of the Math, said.

After spending some time at the ashram under Atmasthananda’s tutelage, Modi told him he wanted to become a monk. But the head monk replied that sanyas (renunciation) was not for him. The Rajkot ashram anyway could not confer monkship and Modi would have to go to the RKM headquarters in Belur to pursue his wish.

Not many know that Modi had a “prasadi” flower in his jacket pocket when he took oath as Prime Minister on May 26, 2014. It had arrived along with a letter addressing him as Narendrabhai, from Swami Atmasthananda in Belur.

In the letter, Swami Atmasthanand had addressed the PM asÂ  ‘Narendra Bhai’ and said, “I am eagerly looking forward to your visit to Belur Math as the Prime Minister of India.”

“I am happy to learn that you have got a thumping majority. Sri Ramakrishna has given you the opportunity to serve the people of India irrespective of caste, creed and religion,” he had written.

PM Modi had first visited Belur Math when very young to join the order, but his request was turned down as he was underage. He made two more attempts later, the last in Rajkot, Gujarat, where he met Swami Atmasthanand, who then headed the Ramakrishna centre there.

The year was 1966 and the swami told PM Modi, then 16, that his calling lay elsewhere. At Belur Math, monks say PM Modi told Swami Atmasthanand when they met two years ago, “You had told me to go away that time and that is why I am the chief minister now.”