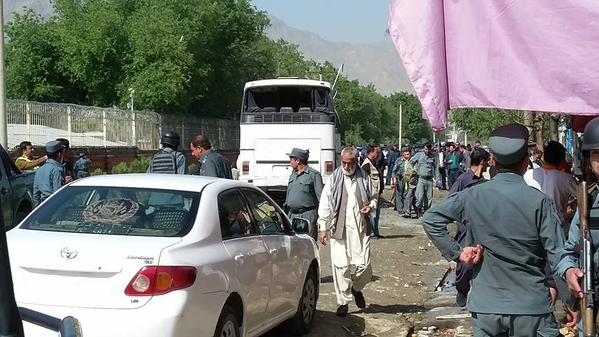 Kabul: An explosion in Kabul has targeted a shuttle bus belonging to the Afghan attorney general’s office, leaving at least one dead and wounding 13 others.Â

Zabiullah Mujahid, Taliban spokesman,Â claimed responsibility for the attack in a text message to news organisations.

The attack was the first in the capital since the armed group launchedÂ their annual warm-weather offensive on April 24.

The Taliban are engaged in fierce fighting in northern Kunduz province,Â where thousands of government forces are struggling to fend off a majorÂ offensive that last week threatened the provincial capital.