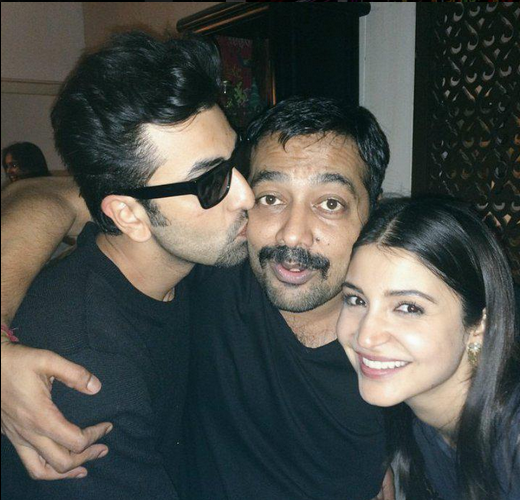 Mumbai: Anurag Kashyapâ€™s Bombay Velvet has been in news for the longest period, but thatâ€™s not good news, because the reasons are all over the place. Though the â€˜Uglyâ€™ director has always rubbished all rumours floating in the media, somehow they just donâ€™t seem to die.

According to reports, now Â â€˜Bombay Velvetâ€™ has got an â€˜Aâ€™ certificate from the Censor Board that has put Anurag in a sour mood.

However, he claims that there is nothing in the film that warrants an â€˜Aâ€™ certificate and the filmmakers have decided to challenge the board’s decision by taking the film to the Revising Committee.

As the filmâ€™s release date is around the corner, Anurag has been told to chop off a few scenes from his film including a few cuss words.

While he has refused to make any changes, he still believes that CBFC’s Revising Committee will do justice to his film.

‘Bombay Velvet’ stars Ranbir Kapoor, Anushka Sharma and Karan Johar. The film is based on historian Gyan Prakash’s book ‘Mumbai Fables’ that narrates the story of how the city in the 60s became a metropolis against the backdrop of love, greed and violence.

We guess rumours about BV will keep doing the rounds till the film actually hits the screen onÂ May 15.