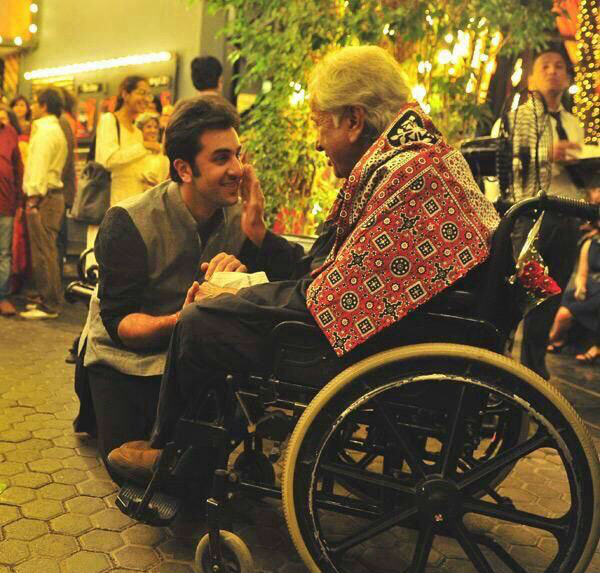 The 77-year-old actor couldnâ€™t attend the award function owing to his bad health which was held in Vigyan BhawanÂ on Sunday.

President Pranab Mukherjee hailed Kapoor, the third in his family to get Indian cinema’s highest award after father Prithviraj Kapoor and brother Raj Kapoor, as a â€˜living legendâ€™.

He said, “His contribution to cinema has been manifold and tremendous. He is a true living legend.”

The auditorium was filled with roaring applause and cheers when popular songs from his movies like ‘Wada karo nahi chhodo ge mera saath’ and ‘Ik rasta hai zindagi’ was played.

Best known for his performance in memorable films like Satyam Shivam Sundaram, Trishul, Kabhi Kabhie, Vijeta and Kalyug, Shashi Kapoor has been staying away from the limelight since the late 1990s.