Home Sports Moore the merrier as he seals Guineas double 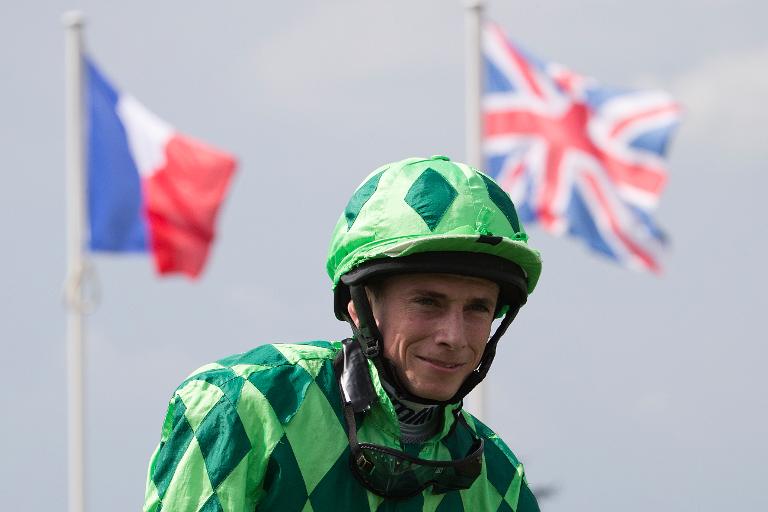 Two-time British champion jockey Ryan Moore became the first rider since Kieren Fallon in 2005 to achieve the Guineas classic double as he won the 1000 Guineas on Sunday at Newmarket on Irish filly Legatissimo.

The 31-year-old Englishman — who on Saturday rode the same owners’ Gleneagles to victory in the 2000 Guineas — brought the winner, who he had never ridden before, with a late run to overhaul favourite Lucida and prevail at 13/2.

For young Irish trainer David Wachman it was his first British classic winner.

Tiggy Wiggy — the only Group One winner in the field — finished a gallant third after setting a searing early pace over the mile (1600m) course in the first fillies classic of the season.

Lucida, trained and ridden by the 2007 winning team of Irish trainer Jim Bolger and son-in-law Kevin Manning respectively, looked to have the race in her grasp as she powered to the front with two furlongs to run.

However, Moore had only just started to get his filly into gear, as her forte is stamina who needs a late run.

She answered his call in style producing an eye-catching burst of speed to eat up the ground passing Lucida — who is based in the same stable as Bolger’s 2007 winner Fisceal Beo — in the final 100 yards.

For Lucida’s owners Goldophin it was bitter disappointment for the second successive day as they had also given second best in the 2000 Guineas to Legatissimo’s owners Michael Tabor, Derrick Smith and Sue Magnier and their colt Gleneagles, a record equalling seventh success in the race for O’Brien.

However, O’Brien was never close to celebrating a Guineas double as his filly Qualify — her stablemate and one-time favourite Found missed the race — dropped away tamely once the business end of the race got underway.

Moore, who was only appointed first choice jockey for Tabor and his partners Coolmore’s horses a fortnight ago, although he has ridden big race winners for them on a freelance basis before, was reluctant to talk about his part in the victory preferring to focus on the horse’s ability.

“She switched off really in the early stages, but she’s got great ability and she won well in the end,” said Moore.

Despite being give a 5/1 quote by bookmakers for the Epsom Oaks — run over a mile-and-a-half (2400m) in early June — Moore didn’t think the extra half mile would suit her.

However Wachman said her future plans didn’t solely rest on his decision.

“I’ll do what I’m told to,” said Wachman, who is the son-in-law of Coolmore Stud supremo John Magnier.