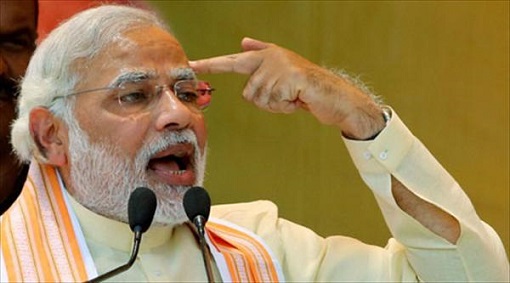 In the May 2 video titled â€˜From France to Bangladesh: The Dust Will Never Settle Downâ€™, AQIS chief Asim Umar mentioned the PM when he says that there is a war going on against Muslims â€œthrough World Bank and IMF policies, drone attacks, Charlie Hebdoâ€™s writings, UN charter, official sermons by muftis and Narendra Modiâ€™s utterances.â€

Indian intelligence officials said the report is being analysed.

The group also claimed responsibility for the death of four Bangladeshi bloggers, including that of Avijit Roy, a Bangladesh-born American writer who was hacked to death by two machete-wielding assailants in Dhaka on February 27.

The other Bangladeshi bloggers whose deaths the group has claimed responsibility for are Oyasiqur Rahman Babu, Rajib Haider and AKM Shafiul Islam, who taught at Rajshahi University.

The formation of AQIS was announced last year by al Qaeda chief Ayman al Zawahiri where he mentioned Burma, Bangladesh and Assam as some of the key areas of operation of the new group headed by Asim Umar.

While some media reports have said that Umar is possibly of north Indian origin and migrated to Pakistan in the nineties, Indian intelligence agencies say there is nothing to substantiate the claim.

Last year, when Modi was probed about the formation of Qaedaâ€™s Indian wing, he had said, â€œMy understanding is that they are doing injustice towards the Muslims of our country. If anyone thinks Indian Muslims will dance to their tune, they are delusional.â€